Headlines
Redwan Rahman graduates from FilmdomThe local government minister has instructed to cut the road if necessary to remove the waterRequest to withdraw closure shop at night till EIDThe days of the Western monolithic world are over: PutinLeaders of Germany, France, and Italy in Kyiv to express solidarity‘Presidents of two countries call and pressurized Mbappé’Two U.S. citizens are thought to be missing or taken prisoner in UkraineCOVID: The technical committee suggested lifting some restrictionsPetrol prices hit record highs in the USCanada wants a stern warning against cigarettesThe task force to protect the mountains, demanded the formation of a speedy trial tribunalDepot fire: CID tries to find the cause on CCTVRussian passports are being issued in occupied UkraineFire on Parabat Express: Railroad to Sylhet is normal after 4 hoursAnother 24 children died in Mariupol, Ukraine said
Home International 10 and half crore worth of heroin seized in Australia
Facebook
Twitter
WhatsApp
Print 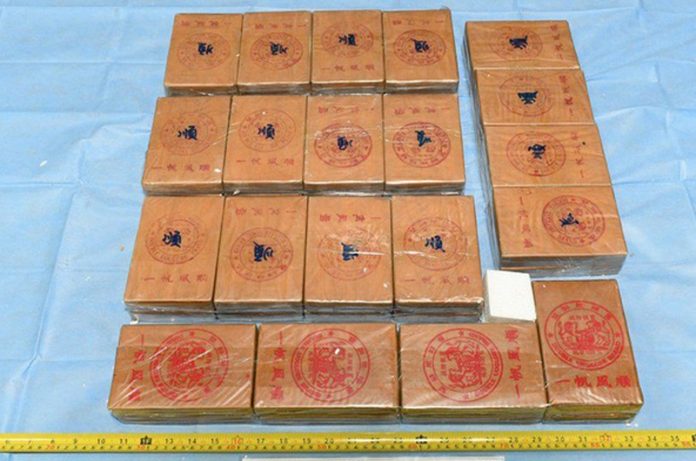 Md. Ashraful Islam: 400 kg of heroin was found in a container of ceramic tiles sent from Malaysia to Australia.

International media say it is the largest shipment of heroin seized by police in Australian history. A Malaysian national has been arrested in the incident.

The amount of heroin seized is as heavy as a piano; The market value is estimated at 104 million dollars, according to the Australian police.

The container was going to the address of a business in Melbourne. However, the police did not reveal the name of the arrested person.

Reuters reports that Australian police only disclose the names of detainees if they deem it important in the public interest or in the interests of the victim’s family.

The arrested Malaysian has been charged with importing large quantities of drugs and trying to keep them. If convicted, he could face life in prison.

“We are working together to identify and stop the activities of international criminal gangs that seek to harm our two countries and make billions of dollars from their criminal activities,” Barrett said in a statement.

Police say an average of one person dies per 2 kg of heroin in Australia; According to him, 225 lives have been saved by seizing 400 kg of heroin.