Headlines
Redwan Rahman graduates from FilmdomThe local government minister has instructed to cut the road if necessary to remove the waterRequest to withdraw closure shop at night till EIDThe days of the Western monolithic world are over: PutinLeaders of Germany, France, and Italy in Kyiv to express solidarity‘Presidents of two countries call and pressurized Mbappé’Two U.S. citizens are thought to be missing or taken prisoner in UkraineCOVID: The technical committee suggested lifting some restrictionsPetrol prices hit record highs in the USCanada wants a stern warning against cigarettesThe task force to protect the mountains, demanded the formation of a speedy trial tribunalDepot fire: CID tries to find the cause on CCTVRussian passports are being issued in occupied UkraineFire on Parabat Express: Railroad to Sylhet is normal after 4 hoursAnother 24 children died in Mariupol, Ukraine said
Home More Aviation 15,000 jobs are being created at Kuwait airport
Facebook
Twitter
WhatsApp
Print 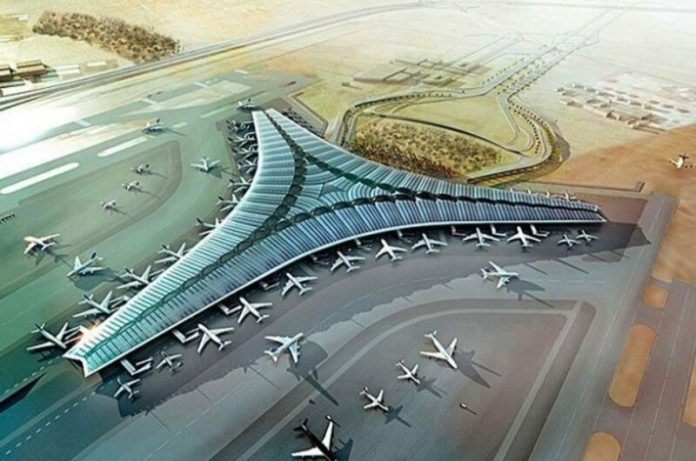 Construction of the new Terminal 2 will be completed in three phases, according to state news agency Kunar. Al-Fares said that 54 percent of the work has been completed in the first phase.

Al Fares is also in charge of Kuwait’s Ministry of Communications and Information Technology. “We are trying to take the project to this grade ranking in terms of services as per the policy of the International Air Transport Association (IATA),” he said.

He added that once the construction of the terminal is completed, there will be a facility for parking 5,000 vehicles. At the same time, it will be possible to provide services to two and a half crore passengers a year.

In addition to a modern hotel in the transit area, there will be 30 fixed bridges for 51 aircraft at the same time, he said.