Headlines
Redwan Rahman graduates from FilmdomThe local government minister has instructed to cut the road if necessary to remove the waterRequest to withdraw closure shop at night till EIDThe days of the Western monolithic world are over: PutinLeaders of Germany, France, and Italy in Kyiv to express solidarity‘Presidents of two countries call and pressurized Mbappé’Two U.S. citizens are thought to be missing or taken prisoner in UkraineCOVID: The technical committee suggested lifting some restrictionsPetrol prices hit record highs in the USCanada wants a stern warning against cigarettesThe task force to protect the mountains, demanded the formation of a speedy trial tribunalDepot fire: CID tries to find the cause on CCTVRussian passports are being issued in occupied UkraineFire on Parabat Express: Railroad to Sylhet is normal after 4 hoursAnother 24 children died in Mariupol, Ukraine said
Home Headlines 6 hours in the world without Facebook-WhatsApp
Facebook
Twitter
WhatsApp
Print 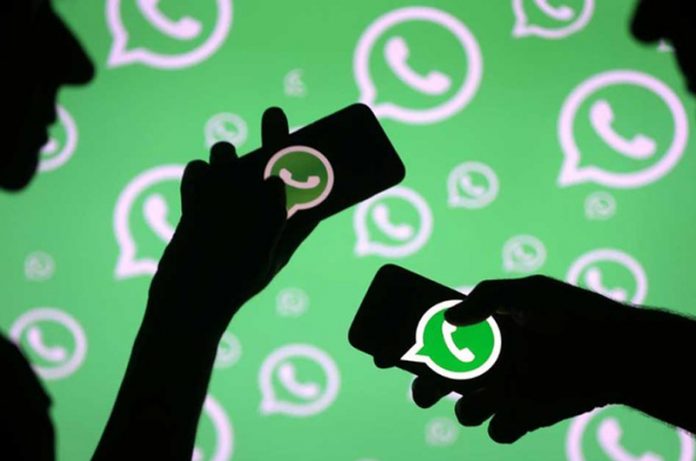 News Desk: When the services of the world’s top social media company Facebook were shut down for six hours due to technical complications, how much impact did it have on the users?

Traders in many countries have suffered losses. Government services have also been disrupted in some countries, the BBC reported.

Writer-teacher Anna Masing, who lives in London, said her father was in the ICU of a hospital in Malaysia with Kovid. He was relying on WhatsApp to keep in touch with his family in the country. He had to suffer at that time on Monday.

When Facebook went awry, it was the afternoon in the UK, morning in the US, and night in India. As a result, the effect has been the same in each country.

In all cases, it was not as serious as Anna Masing. Those who used WhatsApp or Messenger to communicate were forced to make phone calls to communicate abroad.

The BBC writes that many people complained on Twitter at that time, some even joked again.

However, those six hours have made it clear how much people have become dependent on social media apps, especially Facebook services, in their daily lives.

Tracking website Downcoder says hundreds of millions of people have been affected by those hours of Facebook shutdowns.

Chris Donnell, a dentist in the UK, said he and many of his colleagues use WhatsApp to communicate at work.

Not just talking, exchanging information on shift shifts in the hospital, answering questions from patients and relatives outside of duty hours, chatting with senior colleagues for advice – they rely on WhatsApp for many things.

India has the highest number of people using Facebook in the world. There are more than 34 crore users.

Many Indians rely on WhatsApp for personal communication as well as business. There are more WhatsApp users, 49 million.

They use this platform to advertise as well as sell products directly to buyers. Many such Indian businesses were shut down at the time of the closure of WhatsApp.

In Brazil, government officials use WhatsApp in their official duties. There is the widespread use of this app in health and education.

Notices of schedule changes in many schools, test results are sent to students through WhatsApp. This app is also used for making doctor’s appointments, taking doctor’s advice in video calls.

Marito, a physician in Rio de Janeiro, wrote on Twitter that WhatsApp is a very important medium for patients to follow up on their treatment.

Many banks in Brazil communicate with customers through WhatsApp. That communication was also closed at that time.

Mexican businesses have also been hit hard by the closure of WhatsApp, as they too have become more dependent on the social media app than the phone for communication.

After six hours of that experience, there are calls for stricter rules and regulations in Europe to prevent big tech companies from creating monopolies.

EU Commissioner for Internal Markets Thierry Breton wrote on Twitter that there was a need to ensure a more fair environment and uninterrupted communication in the European market.

In the global digital space, everyone could experience a shutdown ⚫️