Headlines
Redwan Rahman graduates from FilmdomThe local government minister has instructed to cut the road if necessary to remove the waterRequest to withdraw closure shop at night till EIDThe days of the Western monolithic world are over: PutinLeaders of Germany, France, and Italy in Kyiv to express solidarity‘Presidents of two countries call and pressurized Mbappé’Two U.S. citizens are thought to be missing or taken prisoner in UkraineCOVID: The technical committee suggested lifting some restrictionsPetrol prices hit record highs in the USCanada wants a stern warning against cigarettesThe task force to protect the mountains, demanded the formation of a speedy trial tribunalDepot fire: CID tries to find the cause on CCTVRussian passports are being issued in occupied UkraineFire on Parabat Express: Railroad to Sylhet is normal after 4 hoursAnother 24 children died in Mariupol, Ukraine said
Home Country 7 killed in attack on Rohingya camp madrassa
Facebook
Twitter
WhatsApp
Print 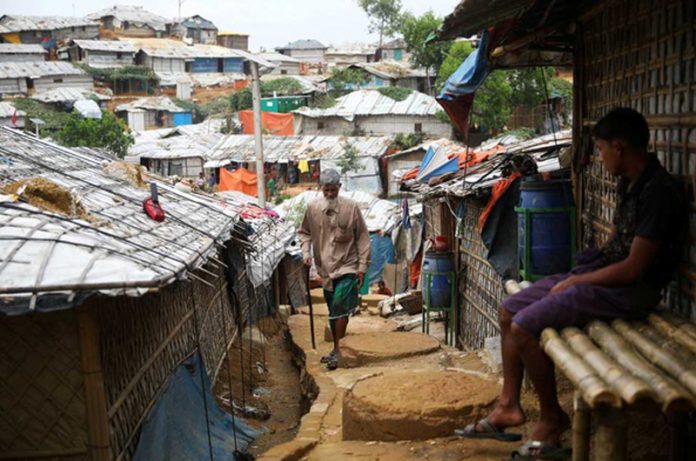 Senior Reporter: Less than a month after the assassination of Rohingya leader Muhibullah, seven people were shot and hacked to death in an attack on a madrassa in a refugee camp in Ukhia, Cox’s Bazar.

8 Armed Police Battalion (APBN) Superintendent of Police. Shihab Kaiser Khan said the attack took place at around 4am on Friday at Mainarghona Rohingya Camp No. 18 in Palangkhali Union of Ukhia Upazila.

The deceased were all teachers, students, or volunteers of Darul Uloom Nadwatul Ulama Al-Islamiyah Madrasa in the H-52 block of the camp. Several others were admitted to the MSF hospital adjacent to the camp with injuries.

Shihab Kaiser said, “The situation is now under control. Additional police have been deployed in the camp. We have arrested one person with a weapon. ”

An APBN message described the attackers as “Rohingya miscreants”. Four Rohingyas were killed on the spot in the attack. Upon receiving the news, the members of Mainarghona police camp reached the spot and rescued the injured, and sent them to the hospital. Three more died there.

The video obtained locally shows blood on the floor of the madrasa. Relatives of the victims are mourning there. In one picture, two severed fingers were seen lying on the side of the madrasa.

The person arrested on suspicion of involvement in the attack is Mujibur Rahman. One shooter gun, six rounds of ammunition, and a knife were recovered from him, APBN reported.

Officials say members of the Mainarghona police camp carried out a “blockade” (siege) for about two and a half hours on Thursday night at the local Madutul Umma madrassa and surrounding areas. Similar raids have been carried out in other camp areas. The attack took place at Darul Uloom Nadwatul Ulama Al-Islamiyah Madrasa an hour and a half later.

These camps in Cox’s Bazar, which has become the largest refugee camp in the world, have been hit by shelling and clashes at various times before. In most cases, they have been described by the police as the work of ‘Rohingya robbers’ or ‘smugglers’.

However, after the assassination of Rohingya leader Mohammad Muhibullah, many issues of various parties active in the camp are now being discussed at the international level.

Muhibullah, who was the chairman of the Arakan Rohingya Society for Peace and Human Rights, was shot dead on the night of September 29 in the D-6 block of Kutupalong-1 (East) Lambasia Camp.

The family alleges that Muhibullah, who worked to build public opinion in favor of repatriation, was killed by another Rohingya organization, the Arakan Rohingya Salvation Army (ARSA).

Home Minister Asaduzzaman Khan Kamal has also said that “various weapons are coming from Myanmar” in an attempt to create “instability” in the Rohingya camps in Cox’s Bazar.