Headlines
Redwan Rahman graduates from FilmdomThe local government minister has instructed to cut the road if necessary to remove the waterRequest to withdraw closure shop at night till EIDThe days of the Western monolithic world are over: PutinLeaders of Germany, France, and Italy in Kyiv to express solidarity‘Presidents of two countries call and pressurized Mbappé’Two U.S. citizens are thought to be missing or taken prisoner in UkraineCOVID: The technical committee suggested lifting some restrictionsPetrol prices hit record highs in the USCanada wants a stern warning against cigarettesThe task force to protect the mountains, demanded the formation of a speedy trial tribunalDepot fire: CID tries to find the cause on CCTVRussian passports are being issued in occupied UkraineFire on Parabat Express: Railroad to Sylhet is normal after 4 hoursAnother 24 children died in Mariupol, Ukraine said
Home Headlines Afghan musicians flee to Pakistan for fear of the Taliban
Facebook
Twitter
WhatsApp
Print 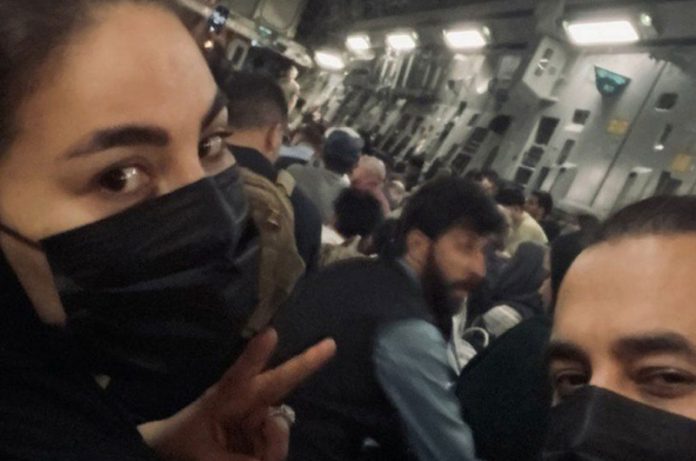 News Desk: Musicians have fled to Pakistan in fear of violence after the Taliban lost control of the Afghan capital, Kabul.

The BBC has spoken to six Afghan musicians who have crossed the border into Pakistan illegally and are now in hiding.

One of the musicians, who fled to Pakistan, told the BBC he feared he might be killed if he stayed in Afghanistan.

The Taliban has banned music, and is even accused of killing a folk musician in Baghlan province last August. However, the Taliban has not yet commented on the matter.

The victim was identified as Fawad Andarabi. His son, Jawad, told the Associated Press that they had a farm in the Andarab Valley. There, his father was shot in the head by the Taliban.

Khan (pseudonym) is one of the few artists who have fled Afghanistan to Pakistan. For 20 years, she used to sing at various weddings in Kabul, the capital of Afghanistan. Folk music artists are very popular in Pashtun weddings.

Khan had the opportunity to sing about the fall of the Taliban government in the 2001 US-led invasion of Afghanistan. He had never had this opportunity before. Because, from 1996 to 2001, the Taliban banned music.

This time, even during the Taliban’s advance in Afghanistan, Khan and other artists were not worried about the music. They thought the Taliban might have changed. They may give you a chance to sing or compose a song.

But their idea was wrong. After the Taliban took control of Kabul last month, gunmen smashed all of Khan’s musical instruments. They were also looking for Khan. Khan’s idea is that those gunmen are Taliban fighters.

Khan said, “The security guard of my office informed me on the telephone at midnight that some gunmen came and broke the musical instrument. They are still here. Looking for you. ”

The next morning, Khan left Kabul with his family members. What he thought about the Taliban was wrong, he says now.

These singers and music directors fled to Pakistan through the Torkham and Chaman borders. They are hiding in the suburbs of Islamabad and Peshawar. They are looking for political asylum somewhere outside Pakistan.

Another such artist is Hasan (pseudonym). He said the Taliban would have killed him if they had caught him. Because, before the fall of Kabul, he sang for the Afghan army. He is currently with a friend in Rawalpindi. He fled, leaving his family members in Afghanistan for fear of the Taliban.

Another fugitive artist’s name is Akhtar (not real name). He fled with five families of friends and relatives to Peshawar, Pakistan. It took him five days to get there. He told the BBC he had made the journey at the risk of his life. Her seven-year-old daughter has a heart attack. Akhtar said, “I did not think about my life to cross the path. I was worried about my daughter’s life. ”

Akhtar said many more singers and musicians like him are moving to Pakistan in the hope of finding a new home, where they can continue to practice music and live without fear.

In the last 20 years of Western-backed government in Afghanistan, a vibrant popular culture has developed in the capital Kabul and other cities. Bodybuilding, various hairstyles, loud pop songs are not going on! ‘Afghan Star Show’ has become very popular on various shows and TV, starting from Turkish soap operas.

Now everything has started to change overnight. The song was sung at the Afghanistan National Institute of Music, where the children learned music together; The doors of that school are now closed. Musical instruments are lying in the hall. Anagona of the Taliban is there now.