Headlines
Redwan Rahman graduates from FilmdomThe local government minister has instructed to cut the road if necessary to remove the waterRequest to withdraw closure shop at night till EIDThe days of the Western monolithic world are over: PutinLeaders of Germany, France, and Italy in Kyiv to express solidarity‘Presidents of two countries call and pressurized Mbappé’Two U.S. citizens are thought to be missing or taken prisoner in UkraineCOVID: The technical committee suggested lifting some restrictionsPetrol prices hit record highs in the USCanada wants a stern warning against cigarettesThe task force to protect the mountains, demanded the formation of a speedy trial tribunalDepot fire: CID tries to find the cause on CCTVRussian passports are being issued in occupied UkraineFire on Parabat Express: Railroad to Sylhet is normal after 4 hoursAnother 24 children died in Mariupol, Ukraine said
Home International Afghan women cover their faces at the behest of the Taliban
Facebook
Twitter
WhatsApp
Print 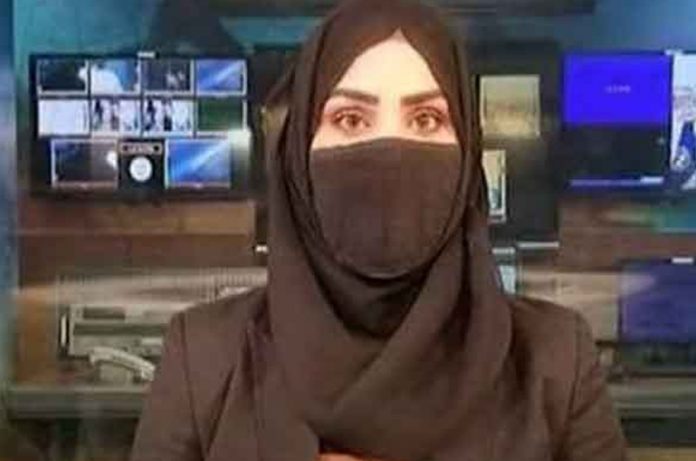 International Desk: Afghan female presenters and female journalists have been appearing on television screens since Sunday, following the Taliban’s order.

Earlier in the day, however, a few female presenters came on air without covering their faces, ignoring the Taliban’s instructions. This is how they wanted to protest against the Taliban’s ‘unjust’ order.

But a female presenter told the BBC that the women workers wanted to protest but because of pressure on the owners of the television channels, they had to cover their faces and appear on the TV screen in obedience to the Taliban’s orders.

According to the BBC, female presenters of television channels like Tolo News, Ariana Television, Sashad TV, and One TV were seen covering their faces on Sunday.

Since taking power in Afghanistan last year, the Taliban administration has imposed one ban after another on women’s lives. The latest addition to the list of bans is the directive for women to appear on television screens with their faces covered.

Earlier, women were instructed to cover their faces in public. The order to cover the face on the television screen from Saturday was said to be effective. In protest, some female presenters initially appeared on TV with their mouths open on Saturday.

Taliban officials later announced that they would talk to the female journalists’ managers and guardians and punish them.

“Okay, we’re Muslims, we’re wearing hijabs, we’re covering our hair,” Farida Sial, a Tolo News presenter, told the BBC. But it is very difficult for a presenter to cover his face for two / three hours and talk like that. ”

He sought the help of the international community to pressure the Taliban administration to withdraw the order. “They want to remove women from social and political life,” she said.

“We protested and were against covering our faces,” said Sonia Niazi, another Tolo News presenter. But the owners were pressured. As a result, they told us that if the female presenters did not obey the order to cover their faces, they must change jobs, or they would be fired. “