Headlines
Redwan Rahman graduates from FilmdomThe local government minister has instructed to cut the road if necessary to remove the waterRequest to withdraw closure shop at night till EIDThe days of the Western monolithic world are over: PutinLeaders of Germany, France, and Italy in Kyiv to express solidarity‘Presidents of two countries call and pressurized Mbappé’Two U.S. citizens are thought to be missing or taken prisoner in UkraineCOVID: The technical committee suggested lifting some restrictionsPetrol prices hit record highs in the USCanada wants a stern warning against cigarettesThe task force to protect the mountains, demanded the formation of a speedy trial tribunalDepot fire: CID tries to find the cause on CCTVRussian passports are being issued in occupied UkraineFire on Parabat Express: Railroad to Sylhet is normal after 4 hoursAnother 24 children died in Mariupol, Ukraine said
Home More Education After the agreement, silent Dhaka College
Facebook
Twitter
WhatsApp
Print 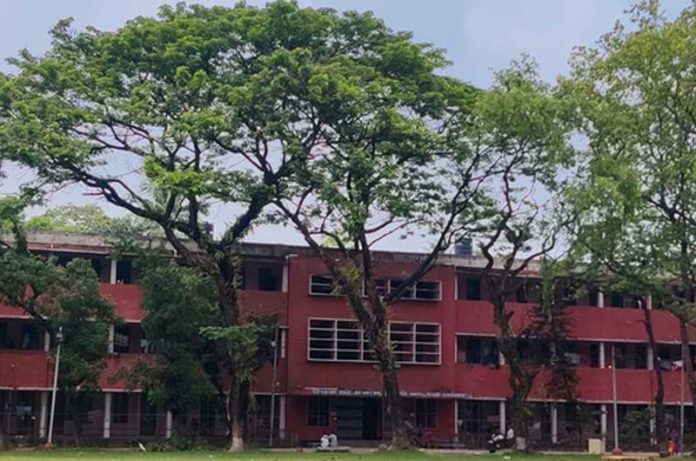 Md. Ashraful Islam: Dhaka College calmed down two days after the heat of clashes with shopkeepers in New Market area; The students returned to the dormitory with the promise of a solution in the compromise meeting.

The New Market area was the battlefield all day on Tuesday after Monday night’s clashes. More than half a hundred were injured in the fighting on both sides, and later two of them died. The whole area was in a commotion on Wednesday, and in the afternoon there was a bombing at the college gate.

The New Market was reopened on Thursday morning after student and business representatives reached an agreement in a long meeting from midnight to dawn on Wednesday.
As seen in the Newmarket area in the morning, traffic on the road has returned to normal. With the opening of the shop, the shopping is going on in the shops.

Members of the law enforcement forces can also be seen from Sciencelab to Nilkhet junction. However, the main gate of Dhaka College has been kept closed. There was not much anagona of students on campus.

Residential students are spending their time in the dormitory as the tension subsides.

Hridoy Hossain, a student of Akhtaruzzaman Elias Hall, said, “The campus is very quiet and calm. If we are who we are, we are acting like ourselves. ”

Students of Dhaka College held a press conference on Wednesday night demanding 10 points. Hridoy, who took part in the press conference, said there was no resentment among the students as they accepted the demands of the night meeting.

“There is no fear of creating an unstable environment now. All our demands have been accepted. Shopkeepers in New Market use a lot of bad. Everyone was angry about it. These issues were also in demand, and they were accepted. ”

Three cases have been filed against 1400 people including students and businessmen in this bloody clash.

ATM Moinul Hossain, acting principal of Dhaka College, did not want to comment on the situation of the college and the case.

However, Hridoy Hossain, who passed the honors final year examination, said, “Since there is a case against the ignorant, there is no reason to worry. There are reasons again. However, there is still no response from the students.

According to the schedule, the EID holidays are scheduled to start on Friday at Dhaka College. However, many of Roza have already left the hall. Some students left the hall even during the clashes. Many more are preparing to leave the hall once the situation is under control.

Belayet Hossain, a residential student of Uttar Hostel, said, “EID is ahead, a holiday from tomorrow. Those who will celebrate EID at home are getting ready. It will go slowly. ”

However, he said that many students would stay in the dormitory during the holidays. Those who are supposed to go like this, are going. Why will the hall be closed? Even on the day of EID, the hall is open, there are some students, who will be there. ”