Headlines
Redwan Rahman graduates from FilmdomThe local government minister has instructed to cut the road if necessary to remove the waterRequest to withdraw closure shop at night till EIDThe days of the Western monolithic world are over: PutinLeaders of Germany, France, and Italy in Kyiv to express solidarity‘Presidents of two countries call and pressurized Mbappé’Two U.S. citizens are thought to be missing or taken prisoner in UkraineCOVID: The technical committee suggested lifting some restrictionsPetrol prices hit record highs in the USCanada wants a stern warning against cigarettesThe task force to protect the mountains, demanded the formation of a speedy trial tribunalDepot fire: CID tries to find the cause on CCTVRussian passports are being issued in occupied UkraineFire on Parabat Express: Railroad to Sylhet is normal after 4 hoursAnother 24 children died in Mariupol, Ukraine said
Home Headlines Al Jazeera journalist killed in Israeli shelling in West Bank
Facebook
Twitter
WhatsApp
Print 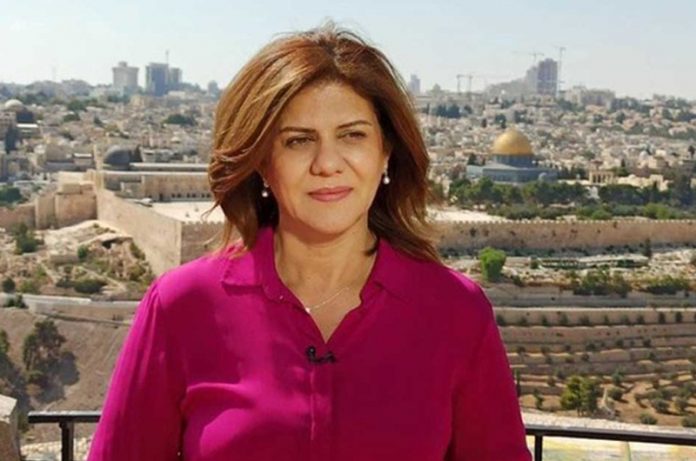 The journalist named Shirin Abu Aklih was killed on Wednesday.

But the Israeli military says the Al Jazeera journalist may have been shot dead by Palestinians. They also said there was widespread Israeli fighting with Palestinians.

A Palestinian official says Shirin Abu Aklih was “killed” by Israeli forces while reporting on a military operation in the city of Jenin.

The Israeli military has recently stepped up operations in Jenin as violence escalates, Reuters reported.

The Palestinian Ministry of Health has confirmed the death of Abu Aklih. Another journalist, Ali Samudi, was injured, they said.

The Israeli military said in a statement that it had retaliated when its troops came under heavy fire during an operation in Jenin.

“The reporter was probably shot dead by Palestinian gunmen. The matter is being investigated,” they said in a statement.

Al Jazeera journalist Shireen Abu Akleh was killed this morning after being hit in the head by gunfire during clashes between IDF troops and armed Palestinians. https://t.co/dopusuPFVx