Headlines
Redwan Rahman graduates from FilmdomThe local government minister has instructed to cut the road if necessary to remove the waterRequest to withdraw closure shop at night till EIDThe days of the Western monolithic world are over: PutinLeaders of Germany, France, and Italy in Kyiv to express solidarity‘Presidents of two countries call and pressurized Mbappé’Two U.S. citizens are thought to be missing or taken prisoner in UkraineCOVID: The technical committee suggested lifting some restrictionsPetrol prices hit record highs in the USCanada wants a stern warning against cigarettesThe task force to protect the mountains, demanded the formation of a speedy trial tribunalDepot fire: CID tries to find the cause on CCTVRussian passports are being issued in occupied UkraineFire on Parabat Express: Railroad to Sylhet is normal after 4 hoursAnother 24 children died in Mariupol, Ukraine said
Home Country All shares blocked in the name of PK Haldar
Facebook
Twitter
WhatsApp
Print 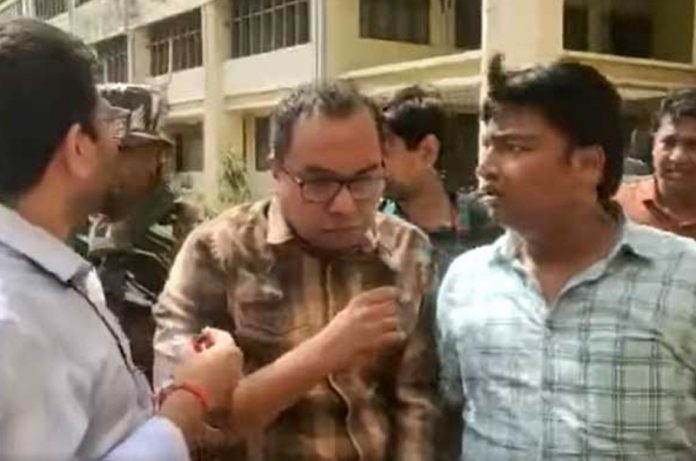 Staff Reporter: The Bangladesh Securities and Exchange Commission has ordered to freeze of the shares of all the companies in the name of PK Haldar, who was arrested in India while embezzling several thousand crores of taka.

The Central Depository Bangladesh Limited (CDBL), the custodian of all shares in Bangladesh, issued the directive in a letter on Thursday.

It said there was a court order to freeze PK Haldar’s shares in a case filed by the Anti-Corruption Commission (ACC). According to him, “shares of PK Haldar’s movable assets company” should be blocked.

Prashant Kumar Haldar (PK Haldar), who fled abroad two years ago after a scandal, was caught on May 14 in West Bengal, India.

Apart from this, there are allegations that he opened various financial institutions anonymously and looted thousands of crores of rupees.

The ACC is investigating allegations of embezzlement of more than TK 10,000 crore against him. Of this, data worth TK 6,080 crore has been found. The ACC has confiscated the money in various banks in the country.