Headlines
Redwan Rahman graduates from FilmdomThe local government minister has instructed to cut the road if necessary to remove the waterRequest to withdraw closure shop at night till EIDThe days of the Western monolithic world are over: PutinLeaders of Germany, France, and Italy in Kyiv to express solidarity‘Presidents of two countries call and pressurized Mbappé’Two U.S. citizens are thought to be missing or taken prisoner in UkraineCOVID: The technical committee suggested lifting some restrictionsPetrol prices hit record highs in the USCanada wants a stern warning against cigarettesThe task force to protect the mountains, demanded the formation of a speedy trial tribunalDepot fire: CID tries to find the cause on CCTVRussian passports are being issued in occupied UkraineFire on Parabat Express: Railroad to Sylhet is normal after 4 hoursAnother 24 children died in Mariupol, Ukraine said
Home More Politics Although Zia is a freedom fighter, why he did not try Bangabandhu’s...
Facebook
Twitter
WhatsApp
Print 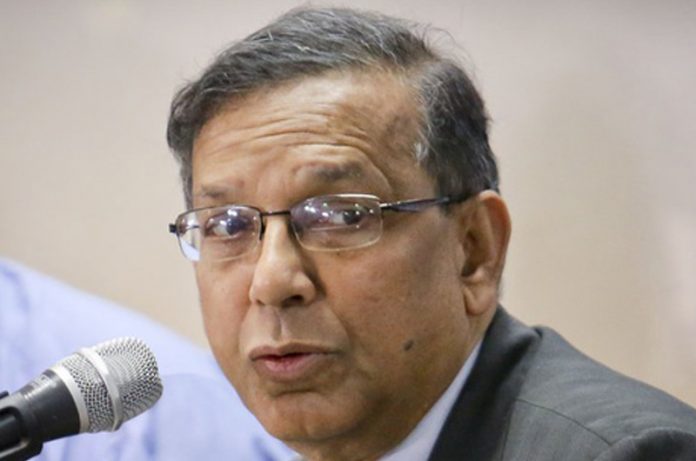 Parliament Reporter: Law Minister Anisul Haque has questioned why Ziaur Rahman did not take the initiative to try Bangabandhu’s murder by canceling the Immunity Ordinance if he was really a freedom fighter.

He said this in the context of a remark made by BNP MP Harunur Rashid in the 14th session of the 11th National Assembly on Saturday.

“This constitution says … and if the constitution does not contain it, it is the right of the people in the CRPC – the right to the Code of Criminal Procedure, that if a murder or a crime is committed, they can go to the police station and file a statement.” He also took away that right, he has not corrected it for 21 years. And today, as a BNP MP, you are saying that this debate should stop. ”

During the discussion of a bill on the limitation of parliamentary seats at the beginning of the legislative work, Harun objected to giving a brief history of the re-enactment of laws enacted during the military period.

Later, in the discussion of two more bills, the law minister and Harun responded to each other’s statements.

During the Bar Council Ice Pass, Aaron commented that the judges were partisan. Later, Speaker Shirin Sharmin Chowdhury expanded it in response to the demand of the law minister.