Headlines
The local government minister has instructed to cut the road if necessary to remove the waterRequest to withdraw closure shop at night till EIDThe days of the Western monolithic world are over: PutinLeaders of Germany, France, and Italy in Kyiv to express solidarity‘Presidents of two countries call and pressurized Mbappé’Two U.S. citizens are thought to be missing or taken prisoner in UkraineCOVID: The technical committee suggested lifting some restrictionsPetrol prices hit record highs in the USCanada wants a stern warning against cigarettesThe task force to protect the mountains, demanded the formation of a speedy trial tribunalDepot fire: CID tries to find the cause on CCTVRussian passports are being issued in occupied UkraineFire on Parabat Express: Railroad to Sylhet is normal after 4 hoursAnother 24 children died in Mariupol, Ukraine saidBelayet, who is in his fifties, has been given a good admission test against young
Home Headlines Another 24 children died in Mariupol, Ukraine said
Facebook
Twitter
WhatsApp
Print 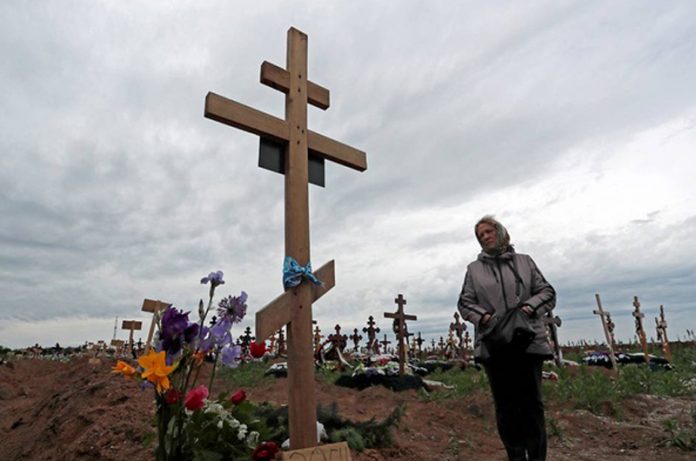 International Desk: Ukraine has claimed that 24 more children were killed in indiscriminate Russian shelling in the Donetsk region of Mariupol.

The country’s attorney general’s office said on Saturday it had learned that 24 more children had died in the southeastern port city.

The town was occupied by Russian forces in the middle of last month before they laid siege to Mariupol for several weeks.

At least 287 children have been killed and more than 492 injured since the Russian-led invasion of Ukraine began on February 24, the department said.

The department said in a message on the messaging app Telegram that “at the time of filing the criminal report, it was learned that 24 more children had been killed in the indiscriminate shelling by the Russian military in Mariupol, Donetsk region.”

“Incidents of active hostility are being worked out in the temporarily occupied and liberated areas, so these figures are not final.”

However, the reports could not be independently verified, according to Reuters.

The mayor of Mariupol said the city’s sewerage system had collapsed and corpses lying on the streets were rotting, causing an outbreak of cholera.

Russia claims that it is conducting “special military operations” in neighboring Ukraine to “disarm” and “disarm” the country. They have denied allegations of war crimes, denying targeting civilians during the operation.

And Kyiv and its Western allies say Russia has launched an attack on Ukraine without provocation.

The United Nations said in early June that more than 250 children had been killed, and 5 million were at risk of violence and abuse since the start of the war in Ukraine.