Headlines
Redwan Rahman graduates from FilmdomThe local government minister has instructed to cut the road if necessary to remove the waterRequest to withdraw closure shop at night till EIDThe days of the Western monolithic world are over: PutinLeaders of Germany, France, and Italy in Kyiv to express solidarity‘Presidents of two countries call and pressurized Mbappé’Two U.S. citizens are thought to be missing or taken prisoner in UkraineCOVID: The technical committee suggested lifting some restrictionsPetrol prices hit record highs in the USCanada wants a stern warning against cigarettesThe task force to protect the mountains, demanded the formation of a speedy trial tribunalDepot fire: CID tries to find the cause on CCTVRussian passports are being issued in occupied UkraineFire on Parabat Express: Railroad to Sylhet is normal after 4 hoursAnother 24 children died in Mariupol, Ukraine said
Home Headlines Another 5 million vaccines from China
Facebook
Twitter
WhatsApp
Print 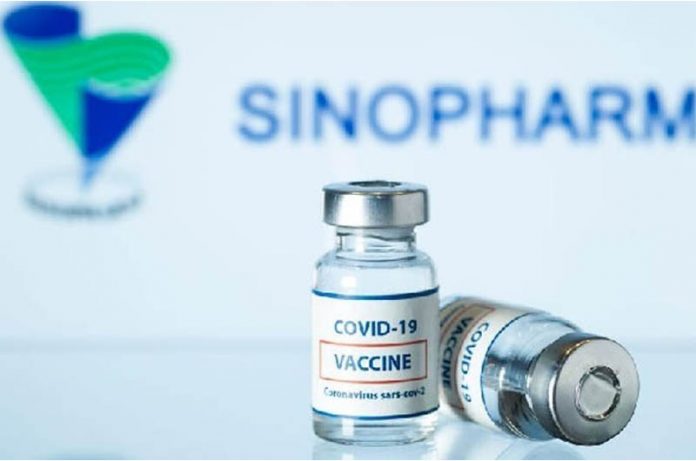 Senior Reporter: Another 5 million doses of Covid Ticker, manufactured by China Sinofarm, have arrived in the country.

The vaccine arrived at Dhaka’s Shahjalal Airport on a Bangladesh Biman flight in the early hours of Friday.

Airport Health Officer. Sajjad Hossain said that the officials of the health department took the vaccine at the airport and sent it to the cold storage.

“These vaccines arrived on the flight of Bangladesh Biman at around 1:15 pm. The vaccines have been sent to Beximco’s warehouse in Tongi. ”

In all, Bangladesh received more than 24.9 million doses of Synoform.

The government has agreed to buy 30 million doses of synoform. Besides, the Bangladesh Cinopharm vaccine is also available free of cost from Kovax.

Vaccination against coronavirus in the country is now dependent on synoform vaccines.

The nationwide vaccination campaign began on February 8 with the Oxford-Astrageneca vaccine.

In addition to Oxford-AstraZeneca and Synoform, Pfizer-Biotech and Modern vaccines from the United States have been introduced in Bangladesh.

Prime Minister Sheikh Hasina on Thursday said in Parliament that the government was making arrangements for the protection of citizens during the epidemic.