Headlines
Redwan Rahman graduates from FilmdomThe local government minister has instructed to cut the road if necessary to remove the waterRequest to withdraw closure shop at night till EIDThe days of the Western monolithic world are over: PutinLeaders of Germany, France, and Italy in Kyiv to express solidarity‘Presidents of two countries call and pressurized Mbappé’Two U.S. citizens are thought to be missing or taken prisoner in UkraineCOVID: The technical committee suggested lifting some restrictionsPetrol prices hit record highs in the USCanada wants a stern warning against cigarettesThe task force to protect the mountains, demanded the formation of a speedy trial tribunalDepot fire: CID tries to find the cause on CCTVRussian passports are being issued in occupied UkraineFire on Parabat Express: Railroad to Sylhet is normal after 4 hoursAnother 24 children died in Mariupol, Ukraine said
Home Entertainment Apurba with the bride
Facebook
Twitter
WhatsApp
Print 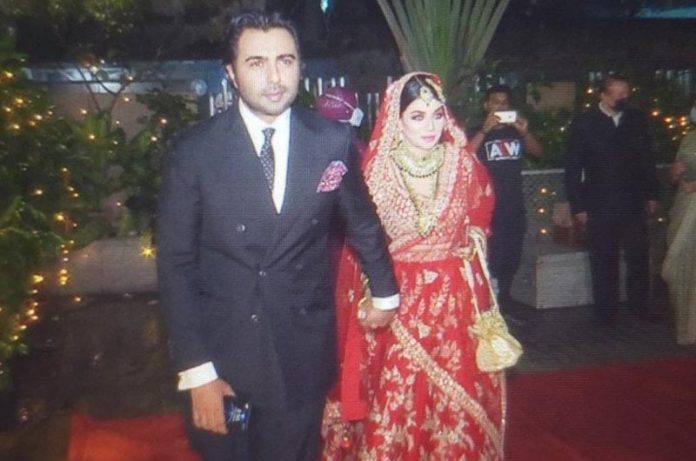 Entertainment Desk: Popular small screen actor Ziaul Farooq Apurbo is in the throes of marriage. The bride is Shamma Dewan, an expatriate from the United States. The marriage ceremony was held at a community center in Rajarbagh on Thursday evening in the presence of relatives of the two families.

In the meantime, several pictures of the event have been spread on the internet, where the bride and groom Apurba-Shamma have been seen in traditional attire.

“Two people have started a new life,” Apurba told. I want blessings from everyone. ‘

A source close to Apurba has claimed to NTV Online that the actor has left the shooting schedule for the wedding till September 15.

According to media reports, this is Apurba’s third and Shamma’s second marriage. On March 18, 2020, Apurba broke up her second marriage with Nazia Hasan Aditi. They ended their long nine-year life by showing personal reasons. Earlier, Apurba was married to actress Sadia Jahan Prabha on August 19, 2010. That relationship also ends.

Ziaul Farooq Apurba is one of the most popular and busy small-screen actors at present. Apart from TV dramas, the star is also working on film and OTT platforms.