Headlines
Redwan Rahman graduates from FilmdomThe local government minister has instructed to cut the road if necessary to remove the waterRequest to withdraw closure shop at night till EIDThe days of the Western monolithic world are over: PutinLeaders of Germany, France, and Italy in Kyiv to express solidarity‘Presidents of two countries call and pressurized Mbappé’Two U.S. citizens are thought to be missing or taken prisoner in UkraineCOVID: The technical committee suggested lifting some restrictionsPetrol prices hit record highs in the USCanada wants a stern warning against cigarettesThe task force to protect the mountains, demanded the formation of a speedy trial tribunalDepot fire: CID tries to find the cause on CCTVRussian passports are being issued in occupied UkraineFire on Parabat Express: Railroad to Sylhet is normal after 4 hoursAnother 24 children died in Mariupol, Ukraine said
Home More Opinion Are you alright?
Facebook
Twitter
WhatsApp
Print 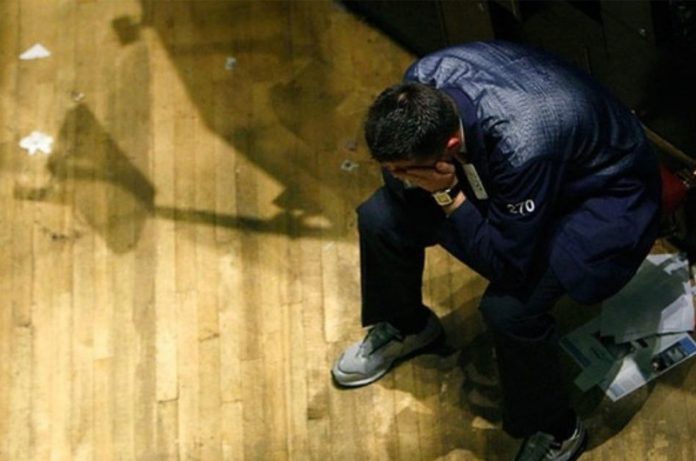 Ajay Dasgupta: A fancy day was celebrated in Australia on September 9th. I don’t know if there is any other country or society in the world that has a culture of celebrating such a day. The name of the day should be a Bengali translation of ‘Are you OK?’, are you all right? In a relationship, it’s you, you can be called that way. Why such a day? They say that through this, to build a world where everyone will be connected with every one and this close kinship or courtesy will keep people free from the path of suicide. According to statistics, in rich, prosperous, and developed countries like Australia, an average of eight people commit suicide every day. Statistics also show that an average of 30 people attempt suicide every day. But why?

Before going into analysis, let’s take a look at Bangladesh. Did you know that in the last year, about 14,000 men and women have committed suicide in the country? Family complications, deteriorating relationships, frustration with education, financial crisis — these are the main causes of suicide. Note that coronavirus apparently has nothing to do with these factors. These people have sacrificed their lives voluntarily. Forced to say goodbye to this beautiful world. Psychologists say that when a person is depressed, he cannot control his emotions even for a very weak reason. Then Buddy feels alone and chooses the path of suicide. At first glance, the cause may seem insignificant to others, but for the depressed person, the cause is much larger at the moment.

Rich-poor or middle class does not matter here. People choose the path of suicide for various reasons. We have also seen its impact on industrial culture. There are rumors that poet Jibanananda Das chose a slow-moving vehicle like a tram for suicide. He did not do such work alone, Pulak Babu, one of the best lyricists of Bengali music, also gave his life in his own way.

Self-sacrifice and suicide are not the same things. Many people became martyrs by giving their lives for the country, society, or people. Their words are different. One of the people I am talking about is a girl named Munia. The matter is not yet clear, but there is enough reason to believe that he committed suicide. Her sister asked for justice, saying Munia was pregnant at the time. So what did he have to do? Then, if someone had been by her side or frightened her or monitored her, the young woman would have probably survived.

Come back to the Australian talk. This ‘R U OK’ also started with pain. It started from a Larkin family in Australia. But it’s not that his family and friends didn’t like Barry Larkin, the head of the family. But one day he surprised everyone and committed suicide. No one thought what had happened that he had to give his life. Many years later, in 2009, his son Gavin Larkin realized that no one had ever told his father and that he was OK? It was only necessary to say this or to inquire about it. He later made the point in a documentary. Made a table to spread across the country. This day has been created since then.

It must be remembered that the more developed a country is, the more competitive it is in a society, the more self-centered the people are. Kolkata is a city full of self-centered people. The suicide rate there is appalling. Dhaka is also not far behind. But in our country or society, people are not as isolated as Australia or Europe-America. Curry-sweet exchange is still going on in the house. In the village, everyone is close to everyone. But in a big city like Dhaka, it is not so pleasant. Yet people are more connected to each other than to any other language, culture, and identity.

On the other hand, the people of developed countries are basically alone in terms of money, social security, environment, and food. There are also people here who do not know anyone except husband and wife. While working in a bank, a woman came to buy a bank check. Speaking of which, I found out that her husband is dead, there is no one else. If he submits this check, the burial company will fix everything. No one? Talking about this, the lady’s eyes were blinking. Ah! Sadly, none of those gentlemen survived. They came from another country many years ago. Gradually all the relatives left and there was no one left. After hearing this story, the lady saw two drops of water falling from my eyes and said, “You are the third one to cry for her.” Such a depressed society here alone. Such a ‘Are you okay?’ The day is really needed here.

But the situation in Bangladesh today is not so? People today do not have love, do not have any sincerity? The distance between people in big cities is increasing. The biggest thing is that after opening the world of social media, people do not know when they have seen their faces better. Parents and children are now far apart. In the digital world, real love escapes through hi-hello, or I love you by opening the window. No one puts his hand on anyone’s shoulder. Things like hugs don’t work anymore today. In this reality, it is normal for people to keep moving away from people.

Imagine for a second you were transposed into the karmic-driven world of Earl. Who keeps the news in our hearts? Fake civilization has taught us to laugh, cry and sigh, but it has taken away our emotions. At this difficult time, ‘Are you OK?’ Or ‘How are you?’ Is a kind of medicine to ask. Its name is compassion, its name is love.

Why don’t we celebrate this day? At least one day or another because of this day we don’t want to ask people near or far – how are they really? Do they have a good heart? Can’t we lighten a little crying by putting our faces on their shoulders or our arms?

What good is a website if it simply “blends in” with everything else out there? Does anyone think? At least once, you want to know how we are all?