Headlines
Redwan Rahman graduates from FilmdomThe local government minister has instructed to cut the road if necessary to remove the waterRequest to withdraw closure shop at night till EIDThe days of the Western monolithic world are over: PutinLeaders of Germany, France, and Italy in Kyiv to express solidarity‘Presidents of two countries call and pressurized Mbappé’Two U.S. citizens are thought to be missing or taken prisoner in UkraineCOVID: The technical committee suggested lifting some restrictionsPetrol prices hit record highs in the USCanada wants a stern warning against cigarettesThe task force to protect the mountains, demanded the formation of a speedy trial tribunalDepot fire: CID tries to find the cause on CCTVRussian passports are being issued in occupied UkraineFire on Parabat Express: Railroad to Sylhet is normal after 4 hoursAnother 24 children died in Mariupol, Ukraine said
Home Headlines At least nine people have been killed in three separate shootings in...
Facebook
Twitter
WhatsApp
Print 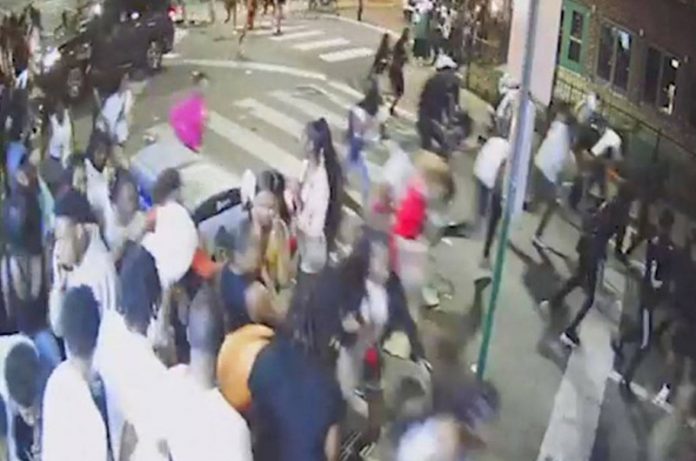 International Desk: At least nine people have been killed and more than two dozen injured in indiscriminate shootings in three US cities. Similar incidents occurred after three consecutive gun violence shook the country.

Police say a gunfight between two men in Philadelphia turned into a gunfight that left three people dead and 12 injured in indiscriminate shootings in crowded bars and restaurants. At that time, when the people tried to flee, panic spread in the area.

Three people were killed and 14 were injured when similar gunfire erupted near a bar in Chattanooga, Tennessee, after midnight on Saturday, police said.

No arrests have been made in connection with the shooting until Sunday evening.

Earlier, 10 people were killed in an indiscriminate shooting at a retail store in Buffalo, New York, followed by 21 people, including 19 children, at an elementary school in Yuvald, Texas, and 4 people at the Tulsa Hospital building in Oklahoma. Residents of the cities have not yet been able to mourn the loss

Gun safety activists are urging the US government to take drastic action to curb gun violence.

US President Joe Biden on Thursday called on the US Congress to ban assault rifles, expand background checks and take other gun control measures to stop the indiscriminate firing.