Headlines
Redwan Rahman graduates from FilmdomThe local government minister has instructed to cut the road if necessary to remove the waterRequest to withdraw closure shop at night till EIDThe days of the Western monolithic world are over: PutinLeaders of Germany, France, and Italy in Kyiv to express solidarity‘Presidents of two countries call and pressurized Mbappé’Two U.S. citizens are thought to be missing or taken prisoner in UkraineCOVID: The technical committee suggested lifting some restrictionsPetrol prices hit record highs in the USCanada wants a stern warning against cigarettesThe task force to protect the mountains, demanded the formation of a speedy trial tribunalDepot fire: CID tries to find the cause on CCTVRussian passports are being issued in occupied UkraineFire on Parabat Express: Railroad to Sylhet is normal after 4 hoursAnother 24 children died in Mariupol, Ukraine said
Home More Agriculture At the last moment, the dam of Halir Haor broke
Facebook
Twitter
WhatsApp
Print 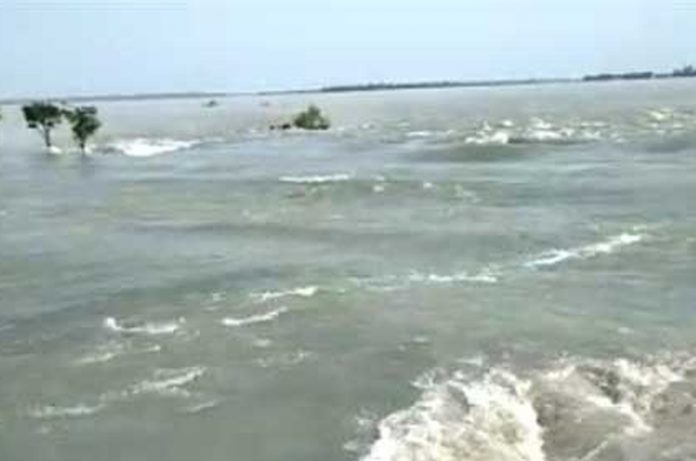 Sunamganj Representative: At the very last moment of harvesting, the dam of Halir Haor in Sunamganj broke.

On Tuesday morning, he further said, “Water started entering the haor by breaking the dam of project number 21 built by Water Development Board (Paubo) in Asanpur area of ​​Jamalganj upazila. For 25 days, all the crop protection dams of Haor have been submerged in water. River water also did not decrease at this time. That is why the dam has broken. ”

“90 percent of the paddy in this haor has been harvested. In order to save the remaining paddy, the work of embankment has been started on an emergency basis to save water. ”

The Department of Agriculture says the remaining 10 percent of paddy is on slightly higher ground. Farmers will be able to cut the crop as soon as the water enters there.

Sunamganj Agriculture Extension Department Deputy Director Bimal Chandra Som said on Tuesday that paddy has been planted on 4,525 hectares of land in Jamalganj of Halir Haor. Of this, 90 percent of paddy has been harvested.

Paddy was planted in another 405 hectares of land in Bishwambharpur upazila of Haor. 90 percent of paddy has been harvested there too.