Headlines
The local government minister has instructed to cut the road if necessary to remove the waterRequest to withdraw closure shop at night till EIDThe days of the Western monolithic world are over: PutinLeaders of Germany, France, and Italy in Kyiv to express solidarity‘Presidents of two countries call and pressurized Mbappé’Two U.S. citizens are thought to be missing or taken prisoner in UkraineCOVID: The technical committee suggested lifting some restrictionsPetrol prices hit record highs in the USCanada wants a stern warning against cigarettesThe task force to protect the mountains, demanded the formation of a speedy trial tribunalDepot fire: CID tries to find the cause on CCTVRussian passports are being issued in occupied UkraineFire on Parabat Express: Railroad to Sylhet is normal after 4 hoursAnother 24 children died in Mariupol, Ukraine saidBelayet, who is in his fifties, has been given a good admission test against young
Home Entertainment Avatar: Fighting in the water
Facebook
Twitter
WhatsApp
Print 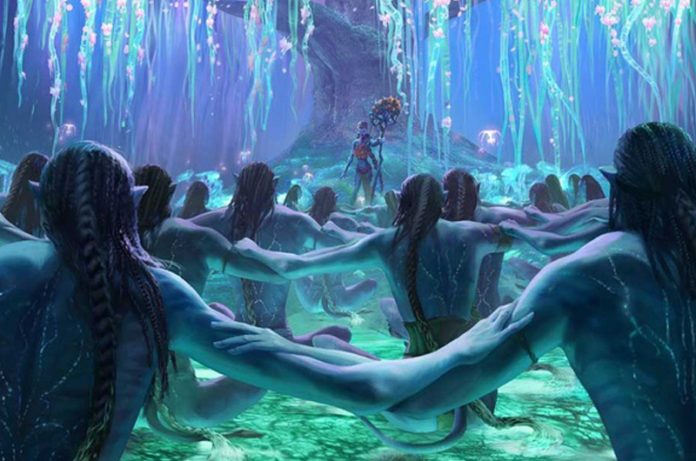 Entertainment Desk: Na’vira is coming back; The future inhabitants of the blue body are once again appearing on the silver screen to fight shoulder to shoulder with humans to protect their planet!

Surely I remember the movie ‘Avatar’ made by James Cameron. Released 13 years ago, the movie still holds the record for the highest-grossing film in the history of the film world.

This time, Cameron is appearing in the sequel of ‘Avatar’, and there will be a fight in the water. The trailer of the movie ‘Avatar: The Way of Water’ has been released to give the viewers some idea of ​​what that fight will be like.

According to CNN, the film is expected to release in December. And the trailer teaser has been released on that occasion.

As seen in the almost silent teaser, James Cameron has created an aquatic world for the viewers. In this episode, he has created a combination of more fictional characters.

In the last clip of the teaser, Jack Sully (Sam Worthington), the protagonist in the first movie, is heard saying to his navy friend Neiteri (Joe Saldana) – ‘This family is our fortress’.

“Wherever we go, this family is our fortress.”

Watch the brand-new teaser trailer for #Avatar: The Way of Water. Experience it only in theaters December 16, 2022. pic.twitter.com/zLfzXnUHv4

The main story of the new movie has still kept a mystery, but the first movie stars Worthington, Joe Saldana, and Sigourney Weaver are also in the new episode. Newcomers include Michelle Yeo, Eddie Falco, Una Chaplin, and Kate Winslet, the heroine of another famous Cameron movie, Titanic.

After its release in 2009, the movie Avatar, which was made using completely new technology, caused a stir in the film world. The movie has grossed over 2.8 billion worldwide, the highest ever. The film won three awards that year after being nominated in nine Oscar categories.

Disney, which bought Avatar’s first production company, Twentieth Century Fox, has made a big bet on the movie’s sequel. After the release of Way of Water, Avatar plans to make three more sequels, according to CNN.