Headlines
Redwan Rahman graduates from FilmdomThe local government minister has instructed to cut the road if necessary to remove the waterRequest to withdraw closure shop at night till EIDThe days of the Western monolithic world are over: PutinLeaders of Germany, France, and Italy in Kyiv to express solidarity‘Presidents of two countries call and pressurized Mbappé’Two U.S. citizens are thought to be missing or taken prisoner in UkraineCOVID: The technical committee suggested lifting some restrictionsPetrol prices hit record highs in the USCanada wants a stern warning against cigarettesThe task force to protect the mountains, demanded the formation of a speedy trial tribunalDepot fire: CID tries to find the cause on CCTVRussian passports are being issued in occupied UkraineFire on Parabat Express: Railroad to Sylhet is normal after 4 hoursAnother 24 children died in Mariupol, Ukraine said
Home Uncategorized Balasi-Bahadurabad navigable route
Facebook
Twitter
WhatsApp
Print 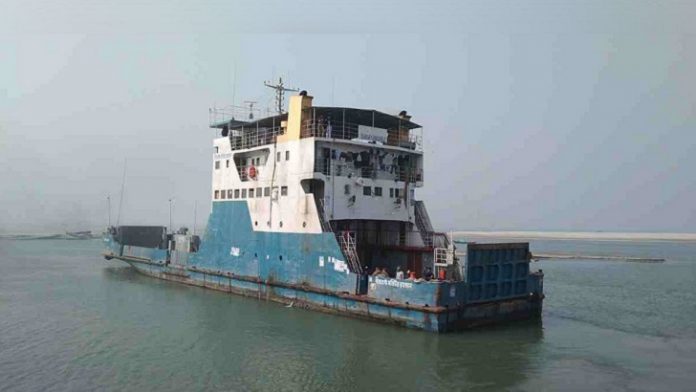 The Bangladesh Inland Water Transport Authority (BIWTA) has constructed a ferry route at a cost of Taka 137.27 crore under the project titled ‘Construction of ancillary facilities including ferries at Balasi and Bahadurabad’, the BIWTA technical committee said.

In reality, there is evidence of this inadequacy. The empty ferry was stuck twice due to the naval crisis while trying to run the trial in two phases. This means that the ferry has been built in the wrong place. In other words, the entire amount of TK 138 crore already spent has been wasted.

It is certainly compensation for not taking the right plan. As a result, not only the people’s money has been wasted, but also the people have to suffer. It is difficult to accept this waste. The question is, who will take the responsibility?

It is learned that BIWTA has formed a technical committee to look into the feasibility of ferry service on this route at the last stage of project implementation. After an on-the-spot inspection, the committee recently submitted a report in this regard. It highlights various weaknesses of the project.

The report said the project was taken up without stakeholder analysis and feasibility study. As the distance of the waterway is 26 km, it will take 4-5 hours to cross in the monsoon season, which is not profitable.

Drivers or owners of vehicles will not be interested in using this route. However, the project, which was started in 2016, was amended twice to increase the amount and duration of the money, arguing that the extra pressure on the Bangabandhu Bridge would be reduced if the ferry was launched on this route.

Billions of rupees have been squandered due to wrong planning in various projects before. This trend should be stopped in the interest of the country’s infrastructure and the overall economy. Therefore, proper approval and accountability in implementation should be ensured before approving any project.

Before looking at the name of the project, one has to see whether it has been formulated in keeping with reality and whether it is possible to implement it properly and effectively.

We think that those responsible for the formulation and implementation of the project mentioned on the Balasi-Bahadurabad route without survey should be held accountable.