Headlines
Redwan Rahman graduates from FilmdomThe local government minister has instructed to cut the road if necessary to remove the waterRequest to withdraw closure shop at night till EIDThe days of the Western monolithic world are over: PutinLeaders of Germany, France, and Italy in Kyiv to express solidarity‘Presidents of two countries call and pressurized Mbappé’Two U.S. citizens are thought to be missing or taken prisoner in UkraineCOVID: The technical committee suggested lifting some restrictionsPetrol prices hit record highs in the USCanada wants a stern warning against cigarettesThe task force to protect the mountains, demanded the formation of a speedy trial tribunalDepot fire: CID tries to find the cause on CCTVRussian passports are being issued in occupied UkraineFire on Parabat Express: Railroad to Sylhet is normal after 4 hoursAnother 24 children died in Mariupol, Ukraine said
Home Sports Bangladesh Tests in South Africa at Durban and Port Elizabeth
Facebook
Twitter
WhatsApp
Print 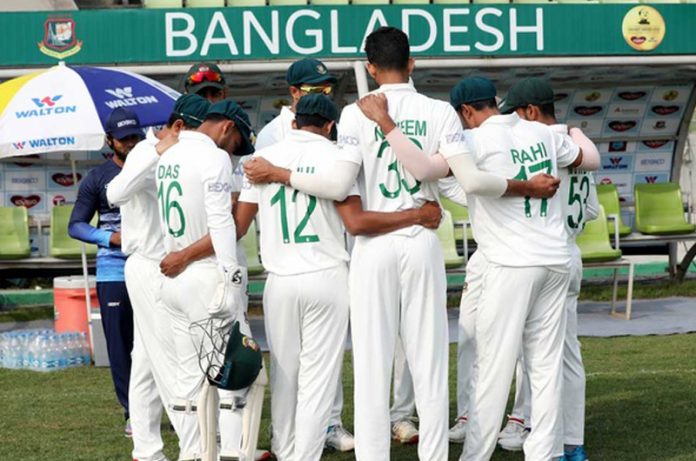 Sports Desk: Although he has visited South Africa three times before playing the Test series, Bangladesh has little experience of playing at the main Test venue there. This time the opportunity is well. Bangladesh will play two Tests in March-April in Durban and Port Elizabeth.

The schedule for the series has already been confirmed as part of the ICC’s future tour schedule. This time the venue is final. Bangladesh will go to South Africa in the second week of next month on a five-week tour. Not only Tests but also ODI series will be held at traditional and main venues in South Africa.

The fighting started with the first ODI on March 17 at Centurion’s SuperSport Park. The second ODI is on March 20 at the Wanderers in Johannesburg. On March 23, the third ODI was again at Centurion. All matches are day and night.

The series is part of the ICC Cricket World Cup Super League.

This is the first time Bangladesh will play ODI in Centurion. They played the only ODI in Johannesburg in the 2003 World Cup.

The two-match Test series starts on March 31. The first match will be at Kingsmead in Durban. Second Test at St. George’s Park in Port Elizabeth from April 6. Now, of course, the name of this city has been changed to Gebekha.

Bangladesh was able to play only one Test at Centurion in 2006 in the previous 3 tours of South Africa. The rest of the matches were in Bloemfontein and Potchefstroom, one in East London.

This two-match Test series is part of the ICC Test Championship.

Bangladesh has yet to win a match after playing 6 Tests and 13 ODIs in South Africa.