Headlines
The local government minister has instructed to cut the road if necessary to remove the waterRequest to withdraw closure shop at night till EIDThe days of the Western monolithic world are over: PutinLeaders of Germany, France, and Italy in Kyiv to express solidarity‘Presidents of two countries call and pressurized Mbappé’Two U.S. citizens are thought to be missing or taken prisoner in UkraineCOVID: The technical committee suggested lifting some restrictionsPetrol prices hit record highs in the USCanada wants a stern warning against cigarettesThe task force to protect the mountains, demanded the formation of a speedy trial tribunalDepot fire: CID tries to find the cause on CCTVRussian passports are being issued in occupied UkraineFire on Parabat Express: Railroad to Sylhet is normal after 4 hoursAnother 24 children died in Mariupol, Ukraine saidBelayet, who is in his fifties, has been given a good admission test against young
Home More Expatriation Bangladeshi shot dead in front of his house in New York
Facebook
Twitter
WhatsApp
Print 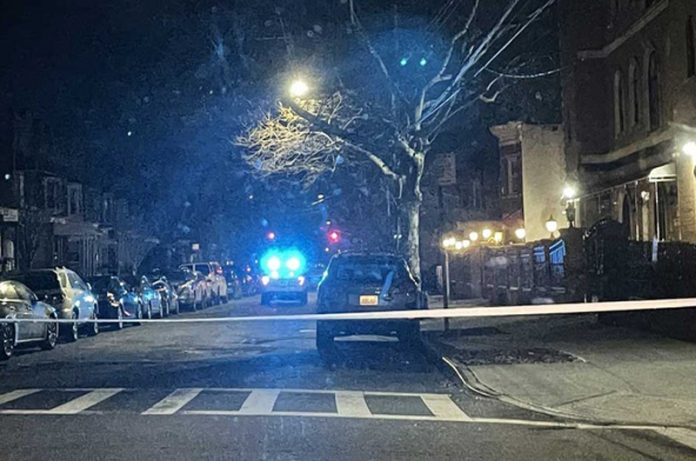 News Desk: A Bangladeshi man has been killed in front of his house in New York, USA.

The deceased was identified as Jyoti, 38, of Khandaker Modach. It has been mentioned in the published reports that he has left Bangladesh.

John F. Kennedy of Modach was an airport worker. He is survived by his wife and one son.

Detailed information about him was not available in the US media.

According to CBS News, the police went thereafter receiving the news of the shooting at around 1.45 pm. Going there, he found Modacher unconscious. He was shot in the head.

Modacher, who was lying in a bloody state next to his car, was taken to a Jamaican hospital, where doctors pronounced him dead.

Police could not say who shot Modacher or for what reason.

Locals said they only heard a gunshot.

Mohammed Kaiser, a local, said: ‘I have heard gunshots more than once in the last few weeks. As I was parking today, the police came and asked if I had heard anything. I said yes.’

Khairul Islam Khokon, a local, said he believed Modacher was killed in the car hijacking.

He said gun violence was on the rise and needed to be stopped.

Although Modacher was killed and fled, the miscreants did not take his car.