Headlines
Redwan Rahman graduates from FilmdomThe local government minister has instructed to cut the road if necessary to remove the waterRequest to withdraw closure shop at night till EIDThe days of the Western monolithic world are over: PutinLeaders of Germany, France, and Italy in Kyiv to express solidarity‘Presidents of two countries call and pressurized Mbappé’Two U.S. citizens are thought to be missing or taken prisoner in UkraineCOVID: The technical committee suggested lifting some restrictionsPetrol prices hit record highs in the USCanada wants a stern warning against cigarettesThe task force to protect the mountains, demanded the formation of a speedy trial tribunalDepot fire: CID tries to find the cause on CCTVRussian passports are being issued in occupied UkraineFire on Parabat Express: Railroad to Sylhet is normal after 4 hoursAnother 24 children died in Mariupol, Ukraine said
Home International Barriers to exports to increase stocks, rising commodity prices in the world...
Facebook
Twitter
WhatsApp
Print 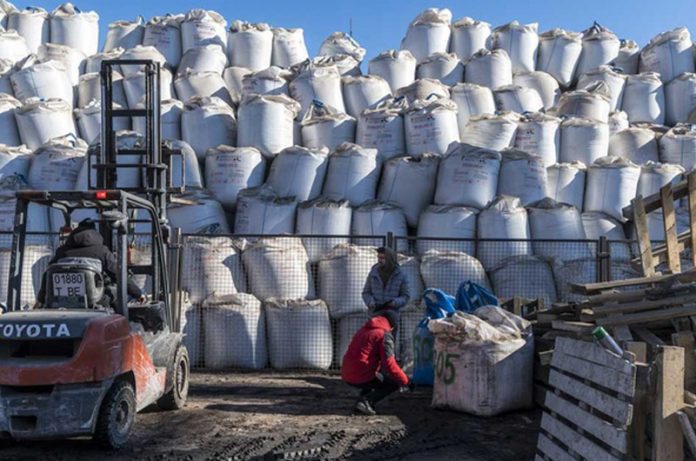 Md. Ashraful Islam: Just as the panic-stricken people at the beginning of the COVID epidemic went to the store to buy groceries at home and empty their shelves, so the governments of many countries have banned exports since the start of the Ukraine war. This is having a negative impact on the world market, the prices of daily commodities are rising unprecedentedly.

For the last two years, the situation in the world market has become so fragile due to the impact of the epidemic. The war in Ukraine is now over.

Ukraine has limited exports of sunflower oil, wheat, oats, and livestock to cope with the war-torn economy. Russia has banned the sale of fertilizers, sugar, and grain to other countries.

Indonesia produces more than half of the world’s palm oil. The country has suspended exports of the most widely used edible oil, palm oil, to keep its markets at a tolerable level. Turkey has stopped exporting butter, beef, mutton, goat, corn, and edible oil.

The Ukraine-Russia war has unleashed a new wave of protectionism between governments. The government is desperate to protect its citizens due to the crisis and rising prices of goods and is imposing various obstacles to prevent the export of goods to other countries.

Most of the time these measures are taken for good purpose. But trade experts warn that in the two years since the epidemic began, the current trend of protectionism has only exacerbated the problem, as people panicked and emptied their shelves through shopping. However, the governments of different countries were trying to alleviate those problems by coping with the impact of the epidemic.

Prices of grains, oil, meat, and fertilizers have already reached record highs due to export bans. This is putting a heavier burden on the world’s poorest people, who spend a large portion of their income on food. The risk of social unrest has increased significantly in poor countries struggling with food insecurity.

Since the beginning of this year, various countries have imposed a total of 48 bans on food products and fertilizers. Of these, 43 were imposed after Russia launched its invasion of Ukraine. Russia started its aggression in Ukraine on February 24.

Professor Simon Evenett told the New York Times: “Before the aggression began, little was done to stop the export of food and fertilizer. But since the beginning of the war, it has increased a lot. ”

With the war in Ukraine, new barriers to trade began to emerge. Meanwhile, a series of Western economic sanctions imposed on the country by Russia to block Russia has also dealt a severe blow to the world’s supply chain. Covid-19 was already in a critical condition due to the epidemic.

Russia is the world’s largest exporter of wheat, crude iron, nickel, and natural gas. The country is one of the major suppliers of coal, crude oil, and fertilizer in the world.

With the supply of essential commodities around the world facing serious threats, many policymakers have quickly abandoned the language of open market policy and started speaking out in favor of protectionist policies.

They range from creating secure supply chains for important materials among allies to stopping exports and “re-preserving” foreign factories and resuming operations in their home countries.

In a speech last Wednesday, he said, “How reasonable is the economic dependence of different countries?” The Ukraine war has “justified” this question.

He also called on the countries not to make wrong decisions about the global trade system. He said that the world trade system has helped the world to move forward and has provided important products to different countries even during the epidemic.

“While it is true that (due to the war) the global supply system may be disrupted, it is important to keep the trading system intact in order to maintain stability in society.”

Since the beginning of the COVID epidemic, the WTO has been urging countries not to impose sanctions on exports. When the COVID epidemic broke out, even countries like the United States imposed unlimited restrictions on the export of masks and medicines. Later, they gradually lifted the ban.

A similar wave of food embargoes is now sweeping Russia’s aggression in Ukraine. “It’s like – bringing back a lot of the past,” said Avenet.