Headlines
The local government minister has instructed to cut the road if necessary to remove the waterRequest to withdraw closure shop at night till EIDThe days of the Western monolithic world are over: PutinLeaders of Germany, France, and Italy in Kyiv to express solidarity‘Presidents of two countries call and pressurized Mbappé’Two U.S. citizens are thought to be missing or taken prisoner in UkraineCOVID: The technical committee suggested lifting some restrictionsPetrol prices hit record highs in the USCanada wants a stern warning against cigarettesThe task force to protect the mountains, demanded the formation of a speedy trial tribunalDepot fire: CID tries to find the cause on CCTVRussian passports are being issued in occupied UkraineFire on Parabat Express: Railroad to Sylhet is normal after 4 hoursAnother 24 children died in Mariupol, Ukraine saidBelayet, who is in his fifties, has been given a good admission test against young
Home Country Belayet, who is in his fifties, has been given a good admission...
Facebook
Twitter
WhatsApp
Print 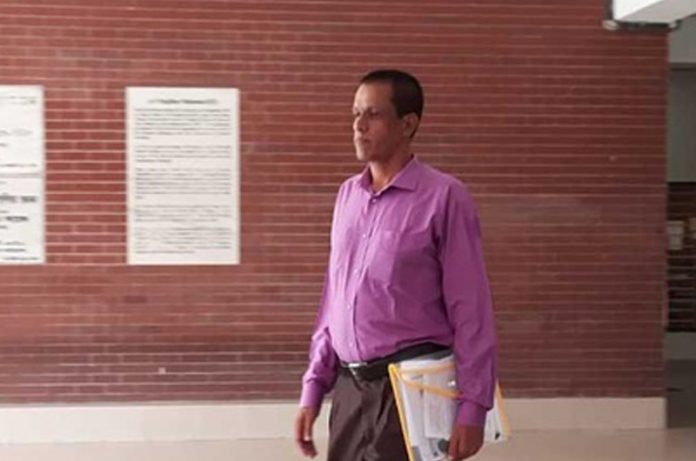 Representative of Dhaka University and Gazipur: Belayet Sheikh, in his fifties from Gazipur, is happy to take part in the much-awaited admission test of Dhaka University, ignoring the age barrier and various reprimands from society.

After the admission test of DU’s ‘D’ unit on Saturday, he said, he passed the test well.

However, he also expressed doubts about whether he will be able to compete with the young students admitted to DU.

Belayet said, “I am very happy with the test. I tested better than my age.

“But how much I can do with the young generation … is up to God.”

The admission test for the ‘D’ unit of the Faculty of Social Sciences was held in the university centers of 6 divisional cities of the country, including Dhaka University, from 11 am to 12 noon.

A total of 78,045 students have participated in the admission test against 1,336 seats. As such, 58 candidates have contested for each seat.

Belayet Sheikh from Commerce Department has participated in this unit of department change of HSC. His admission test seat fell in the mathematics building of Dhaka University.

At the end of the test, he said, “I am the last age, I am preparing to cross the sea alone; Those who took the test with me crossed a small canal.

“I already had the will to study, I have tried, I have come so far. I am coming to school at an inopportune time, I will tell the next generation so that they can build a life by taking exams in time. ” 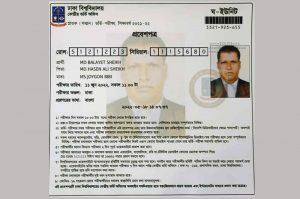 Jiban said they reached Dhaka from Gazipur on Friday, thinking of traffic jams on the occasion of the test. There he went to his father’s friend’s house.

Although there was no lack of interest, Belayet Sheikh dropped out of school after finishing ninth grade in 1983 due to financial difficulties and his father’s illness.

He wanted to fill his ‘imperfection’ with higher education in university through his siblings and later with his children. But he started studying again, regretting that it was not fulfilled.

Many people greeted him at the age of 55 and encouraged him to stick to it.

Belayet was born in 1986; He is survived by his wife, two sons, and a daughter in the Kewa West block of Sreepur. He worked as a correspondent for Sreepur in the daily Karatoya.

When he got the opportunity to get admission to Dhaka University, he expressed his interest to study in the Department of Mass Communication and Journalism.