Headlines
Redwan Rahman graduates from FilmdomThe local government minister has instructed to cut the road if necessary to remove the waterRequest to withdraw closure shop at night till EIDThe days of the Western monolithic world are over: PutinLeaders of Germany, France, and Italy in Kyiv to express solidarity‘Presidents of two countries call and pressurized Mbappé’Two U.S. citizens are thought to be missing or taken prisoner in UkraineCOVID: The technical committee suggested lifting some restrictionsPetrol prices hit record highs in the USCanada wants a stern warning against cigarettesThe task force to protect the mountains, demanded the formation of a speedy trial tribunalDepot fire: CID tries to find the cause on CCTVRussian passports are being issued in occupied UkraineFire on Parabat Express: Railroad to Sylhet is normal after 4 hoursAnother 24 children died in Mariupol, Ukraine said
Home Sports Benzema is facing trial in that ‘sex tape’ case
Facebook
Twitter
WhatsApp
Print 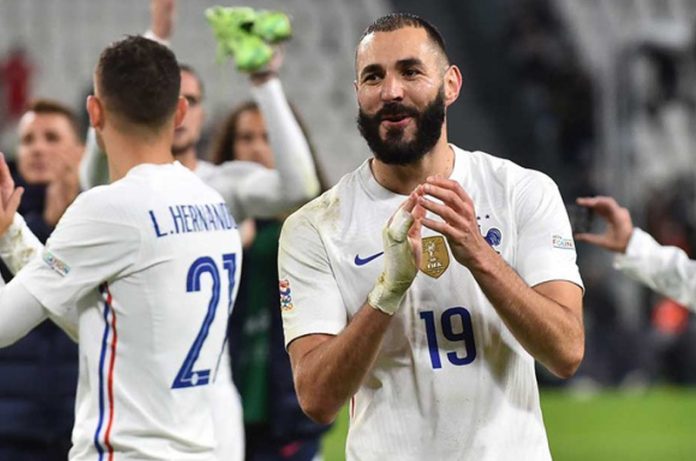 Sports Desk: Karim Benzema has always claimed his innocence. But the Real Madrid forward is not getting rid of the ‘sex tape’ scandal of 2015 easily. The court hearing has started. According to the conspiracy theorists, Benzema persuaded Matthew Valbuena to keep the matter out of the public eye by paying a Blackmailer.

In late 2015, Benzema was accused of blackmailing national teammate Valbuena with ‘sex tape’. As a result, he was expelled from the French team indefinitely in December of that year.

Benzema returned to the national team last May after more than five long years. Didier Deschamps, the coach of the French national team, announced the team for the European Championship with him.

Prosecutors allege that Benzema persuaded a group of blackmailers to pay to keep the sex tape hidden from public view. However, the forward was not present at the hearing, which started on Wednesday, due to playing in the Champions League match for Real.

According to the tacticians, Valbuena received the first phone call from the blackmailers during the French team’s practice in the western part of Paris in June 2015, when she was threatened to spread the video.

Valbuena said Wednesday in court near Versailles that the caller clearly wanted money. The blackmailers also showed fears about his career and place on the national team.

Benzema’s lawyer, who was absent from court due to professional responsibilities, called the allegations “irrational.”

Benzema, 33, has played 92 matches for the national team. He was called up to the team for the first European Championship after 2015. He could not appear in court due to Real Madrid’s 5-0 win over Shakhtar Donetsk on Tuesday.

Like Benzema, Valbuena also lost his place in the national team in the ‘sex tape scandal. According to the tacticians, the caller, who did not want to be named, expressed his desire to “come to an agreement” with Valbuena and asked him for the name of the mediator.

According to a Reuters report, the blackmailers first offered former French striker Jibril Cice to persuade Valbuena to settle the matter with money. On the contrary, he warned her about the conspiracy, Valbuena said.

A disguised police officer recorded the phone call between June and October 2015 in the role of ‘Middleman’ on behalf of Valbuena. The prosecutor claimed that it was possible to identify the accused blackmailer through this.

Then the accused blackmailer hired Benzema as if he meant Valbuena to settle the matter with money.

If convicted, Benzema could face up to five years in prison and a 75,000-euro fine.