Headlines
Redwan Rahman graduates from FilmdomThe local government minister has instructed to cut the road if necessary to remove the waterRequest to withdraw closure shop at night till EIDThe days of the Western monolithic world are over: PutinLeaders of Germany, France, and Italy in Kyiv to express solidarity‘Presidents of two countries call and pressurized Mbappé’Two U.S. citizens are thought to be missing or taken prisoner in UkraineCOVID: The technical committee suggested lifting some restrictionsPetrol prices hit record highs in the USCanada wants a stern warning against cigarettesThe task force to protect the mountains, demanded the formation of a speedy trial tribunalDepot fire: CID tries to find the cause on CCTVRussian passports are being issued in occupied UkraineFire on Parabat Express: Railroad to Sylhet is normal after 4 hoursAnother 24 children died in Mariupol, Ukraine said
Home Economy BSEC notice to Shakib’s company
Facebook
Twitter
WhatsApp
Print 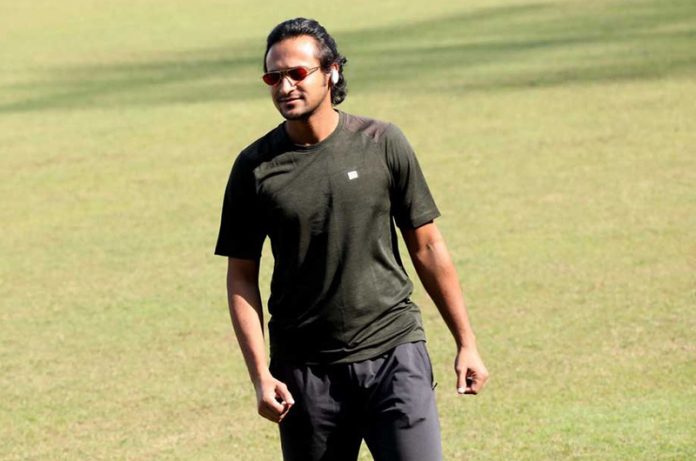 Staff Reporter: Cricketer Shakib Al Hasan was trading in commodity exchange with a gold import license. Upon learning this, the capital market regulator of Bangladesh has given a notice to his company to show cause.

The letter states that Shakib’s two companies are trading in gold futures contracts. A futures contract is an agreement in which the buyer is obliged to buy a certain amount of goods from a certain buyer at a certain price in the future.

This contract can be transferred. This business can be done without holding gold directly in hand.

Such a business can only exchange commodities. So far, no one has been allowed to trade on Commodity Stock Exchange in Bangladesh.

Shakib has obtained a gold import license from Bangladesh Bank. Future contracts cannot be traded with that license.

BSEC Commissioner Sheikh Shamsuddin Ahmed said, “BSEC has the sole power to approve futures contracts. No one else has the power to issue this license. “

Those who are trading in gold do not need BSEC approval again.

Asked about that, Shamsuddin said, “It depends on what kind of business is being done. We do not have to take approval to do all the business. What matters is the pattern. “

Dewan Aminul Islam, co-president of Bangladesh Jewelers Association, said, “Shakib Al Hasan owns the business we deal in with gold dealing licenses. He was probably given a show-cause notice because he was running a commodity exchange business. “

No statement of Shakib was known in this regard. He did not respond even by phone and SMS.

Bangladesh Bank has learned that the Reliable Commodity Exchange Company does not have a license to import gold.

Bangladesh Bank, Executive Director and spokesman. Sirajul Islam said, “We have obtained a gold import license in the name of Burak Commodity Exchange and Company.”