Headlines
Redwan Rahman graduates from FilmdomThe local government minister has instructed to cut the road if necessary to remove the waterRequest to withdraw closure shop at night till EIDThe days of the Western monolithic world are over: PutinLeaders of Germany, France, and Italy in Kyiv to express solidarity‘Presidents of two countries call and pressurized Mbappé’Two U.S. citizens are thought to be missing or taken prisoner in UkraineCOVID: The technical committee suggested lifting some restrictionsPetrol prices hit record highs in the USCanada wants a stern warning against cigarettesThe task force to protect the mountains, demanded the formation of a speedy trial tribunalDepot fire: CID tries to find the cause on CCTVRussian passports are being issued in occupied UkraineFire on Parabat Express: Railroad to Sylhet is normal after 4 hoursAnother 24 children died in Mariupol, Ukraine said
Home Headlines Canada wants a stern warning against cigarettes
Facebook
Twitter
WhatsApp
Print 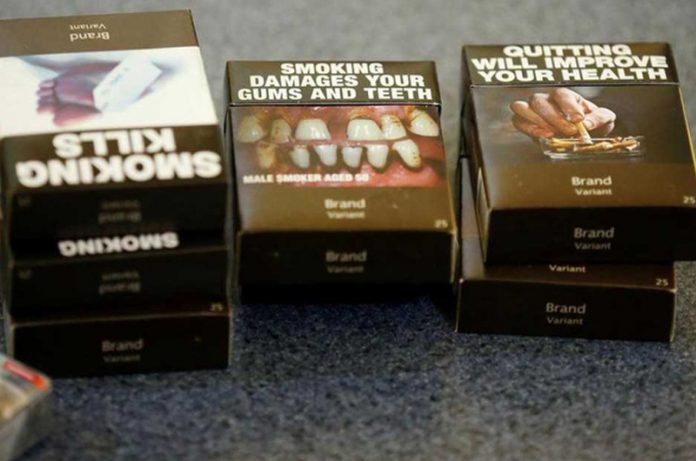 International Desk: Although there are health warnings in cigarette packets, the Canadian government is considering putting warnings on each cigarette, without the expected results.

Caroline Bennett, the country’s minister for mental health and addiction, hopes the message will reach more people about the health risks of smoking.

The BBC reports that it will be the first time in the world that such a step has been taken to raise awareness about smoking.

Cigarettes are easily accessible to young people, and their main goal, says Caroline Bennett, is to “ignore the information printed on the packet in social situations.”

A 75-day campaign has been launched in the country since Saturday to seek public advice on the issue.

The Minister for Mental Health and Addiction said, “Adding the necessary health precautions to every tobacco product will ensure that it reaches the people.”

He told reporters that a warning was introduced in Canada in 2001 with pictures on cigarette packets. But the government did not deliver as much as it had hoped.

The Heart and Stroke Foundation of Canada welcomed the government’s new proposal.

“These are deadly products, and these measures will help reduce the attraction of young people and non-smokers. It will also support smokers’ efforts to quit smoking. “

According to Statistics Canada, by 2020, more than 4 million Canadians are regular or occasional smokers.

Tobacco is the leading preventable cause of illness and premature death in the country, the BBC reports. Canada’s current population is over 38 million.

According to the Canadian Lung Association, smoking kills an estimated 48,000 Canadians each year.