Headlines
Redwan Rahman graduates from FilmdomThe local government minister has instructed to cut the road if necessary to remove the waterRequest to withdraw closure shop at night till EIDThe days of the Western monolithic world are over: PutinLeaders of Germany, France, and Italy in Kyiv to express solidarity‘Presidents of two countries call and pressurized Mbappé’Two U.S. citizens are thought to be missing or taken prisoner in UkraineCOVID: The technical committee suggested lifting some restrictionsPetrol prices hit record highs in the USCanada wants a stern warning against cigarettesThe task force to protect the mountains, demanded the formation of a speedy trial tribunalDepot fire: CID tries to find the cause on CCTVRussian passports are being issued in occupied UkraineFire on Parabat Express: Railroad to Sylhet is normal after 4 hoursAnother 24 children died in Mariupol, Ukraine said
Home Economy China is releasing stored oil to reduce prices
Facebook
Twitter
WhatsApp
Print 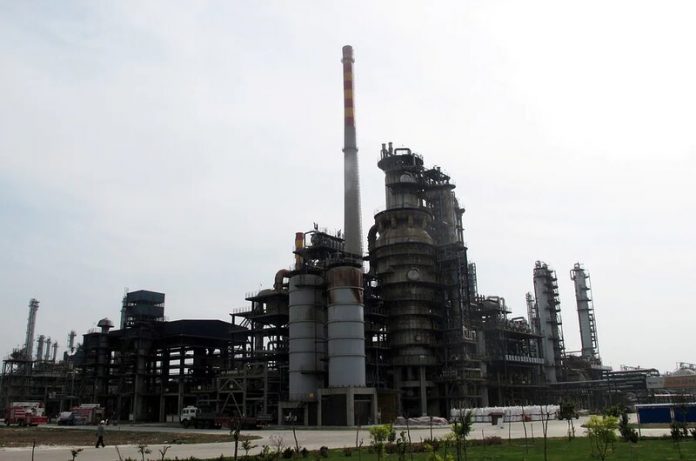 News Desk: China is the world’s largest importer of fuel oil, although it is second in terms of consumption. They also have some fuel oil in their hands. This time, they have started selling that oil to reduce the price of oil in the world market.

China’s State Bureau of Grain and Materials Reserve said last Thursday that it would gradually release oil from national reserves. They will sell the oil to refineries and petrochemical companies.

In a statement, the bureau said that if the reserves were sold in the market through open auctions, the demand and supply in the domestic market would be stabilized. This will ensure national energy security. They also said that if oil is released in the market in this way, the rising prices of raw materials will be curbed. This will give some relief to the production companies.

The Chinese government has not said exactly how much oil it will sell. But selling is important for China. The country imports huge amounts of oil. Its danger if the price of oil rises in the world market. That is why for the last few years they have been trying to build up oil reserves on an emergency basis. China generally does not disclose much about its oil reserves, but in 2016 it said it had built nine large reserves in nine regions of the country with a combined capacity of 36.7 million tons.

China also said it wants to build 85 million tonnes of oil by the end of 2020, about the same as the United States’ reserves, the Strategic Petroleum Reserve. It is the world’s largest oil reserve.

Fuel oil prices began to rise by the end of last year after falling for several years. When the whole world was in lockdown at the beginning of the covid infection, the price of fuel oil dropped to minus 38 per barrel. From there, the price of oil exceeds ড 80. OPEC and Russia have been able to raise oil prices by reducing oil production.

But for a major importer like China, rising oil prices have become a headache. That is why they are trying to control the price by leaving the oil in the market.