Headlines
Redwan Rahman graduates from FilmdomThe local government minister has instructed to cut the road if necessary to remove the waterRequest to withdraw closure shop at night till EIDThe days of the Western monolithic world are over: PutinLeaders of Germany, France, and Italy in Kyiv to express solidarity‘Presidents of two countries call and pressurized Mbappé’Two U.S. citizens are thought to be missing or taken prisoner in UkraineCOVID: The technical committee suggested lifting some restrictionsPetrol prices hit record highs in the USCanada wants a stern warning against cigarettesThe task force to protect the mountains, demanded the formation of a speedy trial tribunalDepot fire: CID tries to find the cause on CCTVRussian passports are being issued in occupied UkraineFire on Parabat Express: Railroad to Sylhet is normal after 4 hoursAnother 24 children died in Mariupol, Ukraine said
Home Headlines China warns Taiwan again by sending 30 warplanes
Facebook
Twitter
WhatsApp
Print 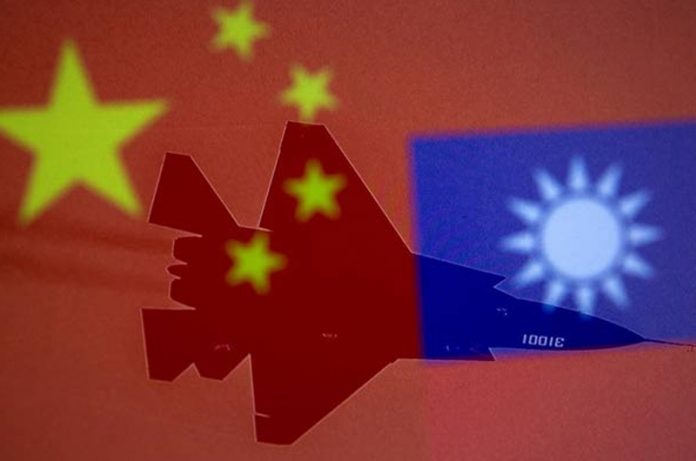 Never before since Monday have so many Chinese warplanes landed near Taiwan’s airspace since January.

The “infiltration” took place just days after US President Joe Biden warned of a Chinese invasion of Taiwan.

U.S. Senator Tommy Duckworth visited Taiwan on Monday without announcing security and trade with the autonomous island; Biden is thought to have survived an earlier attempt to oust him following Mr. Jiang’s intervention.

In recent months, China has been seen sending aircraft to Taiwan’s air defense zone several times. Beijing says all of this is part of their training exercise.

China sees Taiwan as an isolated province. They have also warned to take control of the island by force if necessary.

The planes flew over an area northeast of the Pratas Islands, part of Taiwan’s air defense zone, according to a ministry map.

However, the planes did not enter the airspace of Taiwan.

An air defense zone is an area outside the territory and airspace of a country. This self-proclaimed area is virtually part of the international airspace.

For more than a year now, Taiwan has been reporting regular infiltration of Chinese warplanes into its air defense zone.

During a visit to Asia a few days ago, Biden also raised the issue of the “infiltration” of Chinese warplanes into Taiwan’s air defense zone. He said the United States could respond militarily if Beijing invaded the island.