Headlines
Redwan Rahman graduates from FilmdomThe local government minister has instructed to cut the road if necessary to remove the waterRequest to withdraw closure shop at night till EIDThe days of the Western monolithic world are over: PutinLeaders of Germany, France, and Italy in Kyiv to express solidarity‘Presidents of two countries call and pressurized Mbappé’Two U.S. citizens are thought to be missing or taken prisoner in UkraineCOVID: The technical committee suggested lifting some restrictionsPetrol prices hit record highs in the USCanada wants a stern warning against cigarettesThe task force to protect the mountains, demanded the formation of a speedy trial tribunalDepot fire: CID tries to find the cause on CCTVRussian passports are being issued in occupied UkraineFire on Parabat Express: Railroad to Sylhet is normal after 4 hoursAnother 24 children died in Mariupol, Ukraine said
Home Crime Clashes in New Market: 150 accused in Morsalin murder case
Facebook
Twitter
WhatsApp
Print 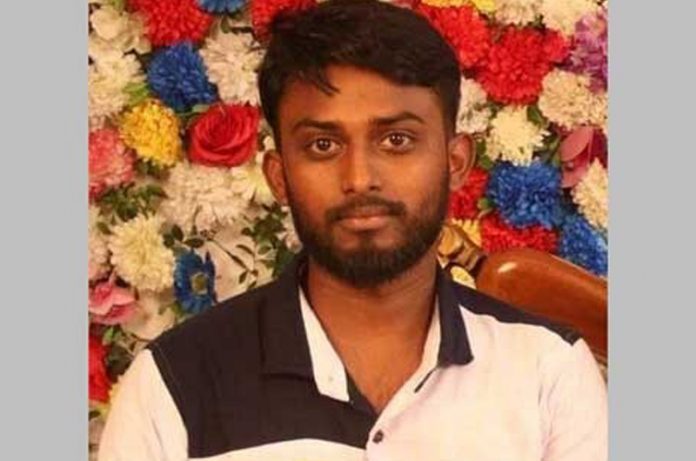 Md. Ashraful Islam: Shop staff in the clash in the New Market area of ​​the capital. Another murder case has been registered in the police station in connection with the killing of Morsalin.

He said the case, like the Nahid Mia murder case, would be handed over to the detective police for investigation. Police have already started work to arrest the accused.

Nahid Mia, a 16-year-old youth, was hacked to death during the clash. He died on Tuesday night while undergoing treatment at Dhaka Medical College.

Morsalin, 26, worked in a ready-made clothing store in New Super Market. He was hit by a brick in front of Nurjahan Market around noon on Tuesday. He died in the ICU of Dhaka Medical College Hospital on Thursday morning.

Police have also filed two cases in connection with the New Market clash. In all, the number of accused in four cases is more than one and a half thousand.

150 to 200 unidentified persons have been accused in a case filed by the police under the Explosives Act. In another case of rioting, arson, and obstruction of police work, anonymous 200 to 300 businessmen and workers of New Market and 600-700 college students have been accused of mentioning the names of 24 people.

BNP leader Maqbool Hossain has been made the main accused in the case. He is the owner of the two shops where the quarrel started with the employees.