Headlines
Redwan Rahman graduates from FilmdomThe local government minister has instructed to cut the road if necessary to remove the waterRequest to withdraw closure shop at night till EIDThe days of the Western monolithic world are over: PutinLeaders of Germany, France, and Italy in Kyiv to express solidarity‘Presidents of two countries call and pressurized Mbappé’Two U.S. citizens are thought to be missing or taken prisoner in UkraineCOVID: The technical committee suggested lifting some restrictionsPetrol prices hit record highs in the USCanada wants a stern warning against cigarettesThe task force to protect the mountains, demanded the formation of a speedy trial tribunalDepot fire: CID tries to find the cause on CCTVRussian passports are being issued in occupied UkraineFire on Parabat Express: Railroad to Sylhet is normal after 4 hoursAnother 24 children died in Mariupol, Ukraine said
Home Headlines Colombo is now calm after violent protests and bloodshed
Facebook
Twitter
WhatsApp
Print 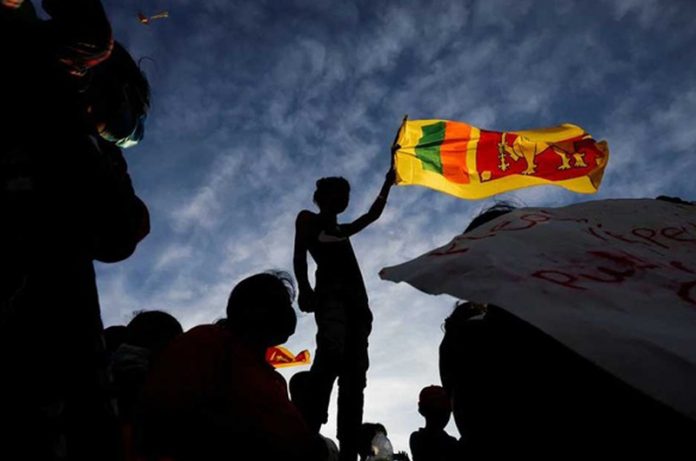 Md. Ashraful Islam: The Sri Lankan government has given a major boost to the security forces after a day of seven people killed in violent protests and violence over the economic crisis.

The military and police can arrest anyone without a warrant because of this power.

On Tuesday, the situation in the Indian Ocean island nation’s commercial capital, Colombo, was reported to be calm. The curfew imposed on Monday to control the conflict has been extended till 7 am on Wednesday. However, President Gotabaya Rajapaksa is not resigning following the demands of the opposition.

The country’s media has reported that he is taking the initiative to appoint a new prime minister.

Gotabhaya’s elder brother, Prime Minister Mahinda Rajapaksa, was forced to resign in the face of protests on Monday. Opposition groups called for the beleaguered PM to resign. At least six people were killed and more than 200 were injured in what became known as the Cold War.

According to Reuters, the government of President Gotabhair has given the military and police extensive powers to arrest and interrogate people without a warrant.

The military will be able to detain people for up to 24 hours before detaining them and handing them over to the police. In addition, security forces will be able to search people’s homes and vehicles, according to a government gazette notification on Tuesday.

It said, “If a police officer arrests someone, he should be taken to the nearest police station.”

Armed forces officers can detain detainees for up to 24 hours before handing them over to the nearest police station.

Some analysts have expressed concern that these emergency measures could be misused.

On Friday, President Gotabaya declared a state of emergency across the country as anti-government protests intensified.

Sources told Indian media NDTV that Mahinda had left Colombo with her family members and taken refuge at a naval base in the northeastern port city of Trincomalee.

A source close to the incident told NDTV that they had reached the base about 270 km from Colombo by helicopter. Protests have also started outside the naval base, they said.

Colombo police spokesman Nihal Thalduar was quoted by Reuters as saying that the situation had been calm since Tuesday morning, but there were reports of sporadic protests in various places.

Nihal Thaldua said three of those killed on Monday were shot dead. No arrests have been made so far in the violence.

On Tuesday, broken glass and fallen shoes were scattered in the streets of central Colombo. Nearby, eight burnt cars have been partially submerged in the water of a lake. Members of the military are patrolling the area.

Garbage of random papers, files, and vandalized furniture are scattered all over the offices of government officials.

The Indian Ocean island nation of Sri Lanka is facing the biggest economic crisis since independence. Opposition parties have blamed President Gotabaya and his older brother, Prime Minister Mahinda Rajapaksa, for the crisis.

Clashes erupted on Monday when supporters of Rajapaksa’s family attacked protesters outside the president’s office. Mahinda Rajapaksa was forced to resign as Prime Minister.

In the evening, anti-government protesters set fire to the Rajapaksa family’s ancestral home in Hambantota, about 250 kilometers from Colombo. Protesters also set fire to the homes of several MPs and former ministers.

Mahinda Rajapaksa has dominated Sri Lankan politics for almost 20 years. It was his government that wiped out the Tamil Tigers to end the long civil war in Sri Lanka. To say goodbye to that mighty leader is to say goodbye to economic misery and protests.

Despite praising the extermination of the Tamil Tigers, Mahinda Rajapaksa’s government has since been plagued by allegations of gross human rights abuses. Critics also accused him of nepotism.

Sri Lanka’s biggest crisis has been the lack of foreign exchange dollars. Although the government blames the epidemic for this, experts blame the economic mismanagement.

The Sri Lankan government is now mired in debt of 51 billion. The country is set to repay 7 billion in debt this year, but the money is not in its hands.

In the current situation, the Sri Lankan government has reached out to international organizations but has not received much help.