Headlines
Redwan Rahman graduates from FilmdomThe local government minister has instructed to cut the road if necessary to remove the waterRequest to withdraw closure shop at night till EIDThe days of the Western monolithic world are over: PutinLeaders of Germany, France, and Italy in Kyiv to express solidarity‘Presidents of two countries call and pressurized Mbappé’Two U.S. citizens are thought to be missing or taken prisoner in UkraineCOVID: The technical committee suggested lifting some restrictionsPetrol prices hit record highs in the USCanada wants a stern warning against cigarettesThe task force to protect the mountains, demanded the formation of a speedy trial tribunalDepot fire: CID tries to find the cause on CCTVRussian passports are being issued in occupied UkraineFire on Parabat Express: Railroad to Sylhet is normal after 4 hoursAnother 24 children died in Mariupol, Ukraine said
Home Country Communal violence: PM directs Home Minister to take stern action
Facebook
Twitter
WhatsApp
Print 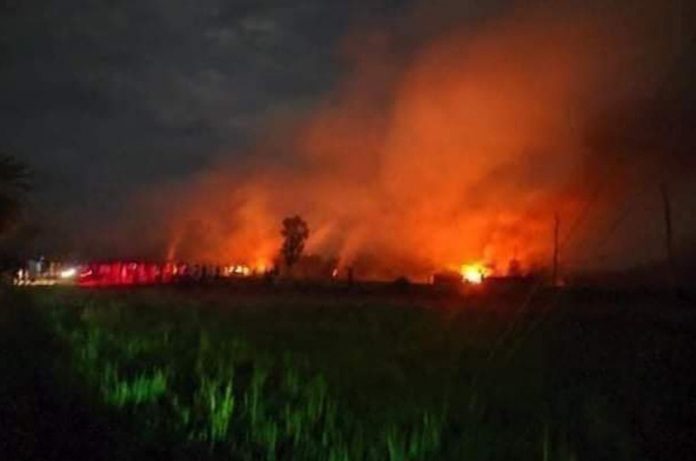 Md. Ashraful Islam: Prime Minister Sheikh Hasina has directed the Home Minister to take strict action against those involved in communal violence in different parts of the country.

Cabinet Secretary Khandaker Anwarul Islam said the directive was issued after the issue of violence was discussed at a cabinet meeting at the secretariat on Tuesday.

The Prime Minister presided over the cabinet meeting by joining a video conference from Ganobhaban.

Speaking at a press conference after the meeting, Cabinet Secretary Khandaker Anwarul Islam said, “It has been made clear in today’s cabinet meeting that we have to take very strict action. Those who are involved must be caught.

During Durga Puja, a temple in Comilla was attacked and vandalized on October 13 for allegedly insulting the Quran.

Later, Hindu places of worship, houses, and businesses were attacked in several districts including Chandpur, Chittagong, Noakhali, Feni, and Rangpur.

A total of 61 cases of communal attacks have been registered in different districts and 450 people have been arrested, police said.

The cabinet secretary said, “I can protest, I can demand from the government that he should be tried and punished.” But I will go and do some destructive work – it is completely unacceptable in Islam. This is fitna. Fitna is the biggest crime. ”

“Those who started these should be caught as soon as possible. As well as religious and political figures, they have been told to share with the public that anyone can react to a minor twist – it is not permissible in Islam. “