Headlines
Redwan Rahman graduates from FilmdomThe local government minister has instructed to cut the road if necessary to remove the waterRequest to withdraw closure shop at night till EIDThe days of the Western monolithic world are over: PutinLeaders of Germany, France, and Italy in Kyiv to express solidarity‘Presidents of two countries call and pressurized Mbappé’Two U.S. citizens are thought to be missing or taken prisoner in UkraineCOVID: The technical committee suggested lifting some restrictionsPetrol prices hit record highs in the USCanada wants a stern warning against cigarettesThe task force to protect the mountains, demanded the formation of a speedy trial tribunalDepot fire: CID tries to find the cause on CCTVRussian passports are being issued in occupied UkraineFire on Parabat Express: Railroad to Sylhet is normal after 4 hoursAnother 24 children died in Mariupol, Ukraine said
Home Headlines Coronavirus infection is on the rise again in India
Facebook
Twitter
WhatsApp
Print 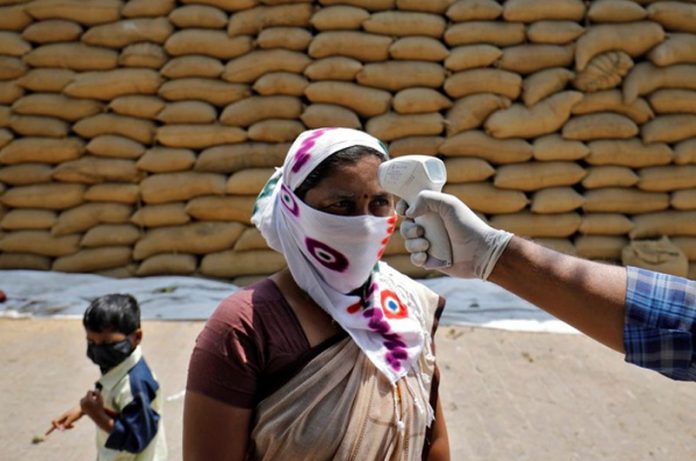 Md. Ashraful Islam: Despite the occasional decline in India, the rise in coronavirus infection has made the country’s officials think again.

NTV reported on Saturday that 17,326 new Kovid-19 patients had been caught across India the day before. The rate of infection in one day is 3.42 percent.

The number of patients has also increased in West Bengal adjacent to Bangladesh. Where 633 patients were identified on Thursday, it rose to 746 on Friday.

State health officials say the infection is on the rise due to people’s unwillingness to observe hygiene rules during the Durga Puja festival.

An official told Anandabazar, “Administration, doctors are all ready. But the question is, how do people forget memories? We should think about our family as well as our own. Don’t they understand themselves better? ”

One year after the epidemic, India was devastated by the second wave of coronavirus infections. The sharp rise in the number of patients, as well as deaths last April, put a huge strain on the country’s health department.

India’s catastrophic situation with the Delta infection also had an adverse effect on the world’s fight against the virus. India, the world’s largest producer of vaccines, then banned the export of vaccines, leaving many countries uncertain about vaccinations.

Although the situation in India has improved since the middle of the year, the ban on vaccine exports has not yet been lifted.

According to Johns Hopkins University, 5 lakh 46 thousand 433 covid patients have been caught in India in the last 28 days. And 6 thousand 84 people died.

In the last 28 days, 16,056 patients have been identified in Bangladesh. This number is less than Sri Lanka, Nepal, Pakistan.

As of Saturday morning, 3 crores 41 lakh 43 thousand 238 Covid patients have been identified in India, and 4 lakh 53 thousand people have died.