Headlines
The local government minister has instructed to cut the road if necessary to remove the waterRequest to withdraw closure shop at night till EIDThe days of the Western monolithic world are over: PutinLeaders of Germany, France, and Italy in Kyiv to express solidarity‘Presidents of two countries call and pressurized Mbappé’Two U.S. citizens are thought to be missing or taken prisoner in UkraineCOVID: The technical committee suggested lifting some restrictionsPetrol prices hit record highs in the USCanada wants a stern warning against cigarettesThe task force to protect the mountains, demanded the formation of a speedy trial tribunalDepot fire: CID tries to find the cause on CCTVRussian passports are being issued in occupied UkraineFire on Parabat Express: Railroad to Sylhet is normal after 4 hoursAnother 24 children died in Mariupol, Ukraine saidBelayet, who is in his fifties, has been given a good admission test against young
Home Headlines Covid test of US-bound passengers repealed
Facebook
Twitter
WhatsApp
Print 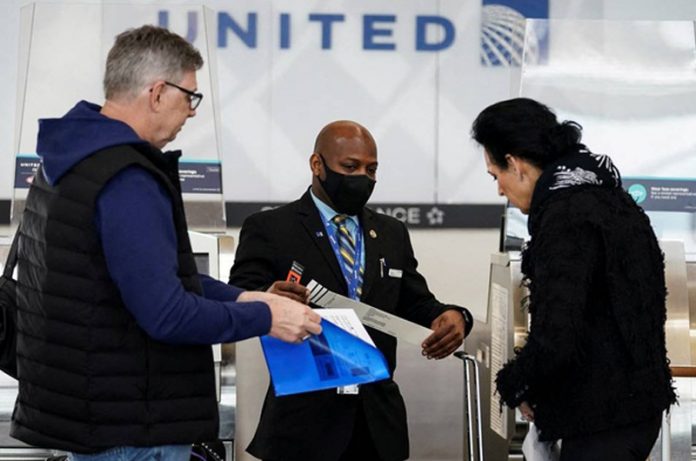 International Desk: The United States has lifted an 18-month-old provision to show a negative COVID test certificate for passengers entering the country under pressure from airlines and the travel industry.

On Friday, Rochelle Wallensky, director of the Center for Disease Control and Prevention (CDC), said in a four-page directive that the provision is lifted. “It’s not needed anymore,” he said.

The decision to lift the law from early Sunday morning in the eastern United States is set to take effect, Reuters reported.

The provision to show passengers a Covid Negative Certificate was one of the most important Covid-19 guidelines for entry into the United States; It ended at the beginning of the summer travel season.

Concerns have been raised about the possibility that U.S. citizens would be stuck there if they tested positive for Covid after going abroad, as a rule, requiring them to show a negative certificate of Covid in order to enter the United States. And because of that, American citizens have been complaining that many citizens have lost interest in traveling abroad.

On Friday, US Health Secretary Javier Bessara said the CDC had made the decision based on “scientifically-based information”.

“But if need be later, the CDC will not hesitate to reinstate the Covid test instructions before boarding the plane,” he said.

A US administration official said the CDC would reconsider the decision within 90 days.

Passengers flying to the United States had to show a negative certificate of the result of the Covid test conducted before boarding the plane from January 2021. In December, the CDC tightened the restrictions, requiring passengers to show their test credentials a maximum of 24 hours before boarding, instead of three days.

The CDC did not have this rule for those who wanted to enter the United States by crossing the land border crossing. Many countries in Europe and beyond have already relaxed restrictions on the Covid test for travelers.

The CDC still maintains a ban on entry into the United States if most people who are not U.S. citizens do not receive the covid vaccine, even if they do not show a negative certificate.

The IATA, the world’s largest airline trade group, has hailed the Biden administration’s “good news” for lifting the “useless” requirement for passengers to show a COVID test certificate before boarding a plane.

In April of this year, a US federal judge ruled that wearing masks on passenger planes and in transit hubs, such as airports, was “illegal.”

The U.S. Department of Justice has appealed the ruling, although a decision on the appeal is unlikely before September.

The CDC is still regularly advising travelers to wear masks and undergo covid tests before and after international flights.

Raymond James, a financial services company, said in a study that lifting the ban on showing Covid test credentials would have a positive effect on international travel.

Ed Bastian, chief executive of Delta Air Lines, told Reuters a few days ago that lifting travel restrictions would increase travel. He also said that in 44 of the 50 countries where Delta operates, such tests are no longer required.

Roger Dow, chief executive of the US Travel Association, welcomed the CDC’s decision Friday, saying it would speed up the work of reviving the US travel sector, which has been hit hard by the epidemic.