Headlines
Redwan Rahman graduates from FilmdomThe local government minister has instructed to cut the road if necessary to remove the waterRequest to withdraw closure shop at night till EIDThe days of the Western monolithic world are over: PutinLeaders of Germany, France, and Italy in Kyiv to express solidarity‘Presidents of two countries call and pressurized Mbappé’Two U.S. citizens are thought to be missing or taken prisoner in UkraineCOVID: The technical committee suggested lifting some restrictionsPetrol prices hit record highs in the USCanada wants a stern warning against cigarettesThe task force to protect the mountains, demanded the formation of a speedy trial tribunalDepot fire: CID tries to find the cause on CCTVRussian passports are being issued in occupied UkraineFire on Parabat Express: Railroad to Sylhet is normal after 4 hoursAnother 24 children died in Mariupol, Ukraine said
Home Headlines Criticism of Nabi: 2 killed in violence in Jharkhand, India
Facebook
Twitter
WhatsApp
Print 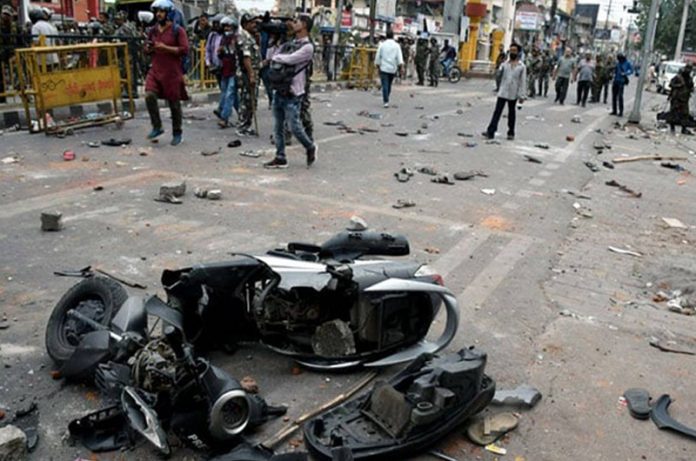 News Desk: At least two people have been killed, and 10 others injured in violence in Rachi, Jharkhand, during a rally against a ruling BJP leader in India who slammed the Prophet Muhammad.

The Rajendra Institute of Medical Sciences in Rachi has confirmed that two of the injured were taken to hospital after protesters clashed with police. Another 10 injured are being treated there, they said.

A curfew was imposed in several parts of Jharkhand on Friday after protesters clashed with police. Protesters have demanded the arrest of ousted BJP leader Nupur Sharma.

NDTV said that after Rachi’s protesters started throwing stones, the police threw gas and sticks at the police.

At a large rally on the main road in Rachhi, slogans were chanted against Nupur Sharma and Naveen Jindal, the former head of the Delhi BJP media unit; Jindal has also been expelled from the party for his comments on Nabi.

A large number of police have been deployed to avoid any unwanted incidents in the areas where the curfew has been issued. Many shops in the city have been closed in protest of the Prophet’s harsh remarks.

“Eight rioters and four policemen were injured,” he said. They are being treated at RIMS and other hospitals. Those involved in the violence will be identified, interrogated, and arrested.

“The situation is under control. Restrictions remain in place in the affected areas. ”