Headlines
The local government minister has instructed to cut the road if necessary to remove the waterRequest to withdraw closure shop at night till EIDThe days of the Western monolithic world are over: PutinLeaders of Germany, France, and Italy in Kyiv to express solidarity‘Presidents of two countries call and pressurized Mbappé’Two U.S. citizens are thought to be missing or taken prisoner in UkraineCOVID: The technical committee suggested lifting some restrictionsPetrol prices hit record highs in the USCanada wants a stern warning against cigarettesThe task force to protect the mountains, demanded the formation of a speedy trial tribunalDepot fire: CID tries to find the cause on CCTVRussian passports are being issued in occupied UkraineFire on Parabat Express: Railroad to Sylhet is normal after 4 hoursAnother 24 children died in Mariupol, Ukraine saidBelayet, who is in his fifties, has been given a good admission test against young
Home Country Depot fire: CID tries to find the cause on CCTV
Facebook
Twitter
WhatsApp
Print 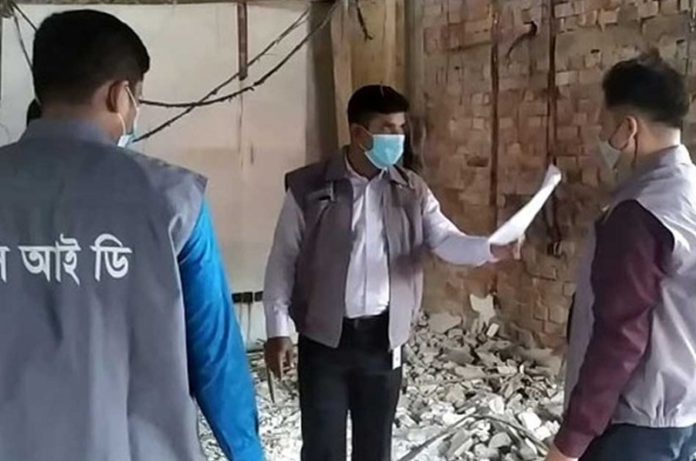 Chittagong Bureau: The Criminal Investigation Department (CID) of the police is trying to find the cause of the fire at the BM container depot in Sitakunda based on CCTV footage.

Officials of the department seized 118 cc and IP cameras from a private container depot on Saturday.

CID Chittagong region inspector. Sharif Uddin said a week had passed since the fire and explosion at the BM container depot, but the cause was not known. Several teams are working on this. Attempts are being made to collect ‘Digital Evidence’ along with it.

He said a total of 118 cameras, including 32 IP cameras, were installed around the container depot. Which were managed from the company’s IT room. But after the fire, the IT room and several cameras were severely damaged in the explosion.

Even then, the cameras that were found will try to understand what happened at the BM depot on Saturday night, the official added.

A team of four CID members went to the spot this morning. In addition to touring the entire area, the team members have been closely monitoring the accident site of the depot.

Inspector Sharif said the IP and CCTV cameras and some DVRs were seized and handed over to the custody of Sitakunda police station.

“The police will send them to the CID headquarters in Dhaka and there will be an attempt to recover videos and pictures from the cameras in the laboratory.”

The fire broke out at the private container depot at Keshabpur village in Sonaichhari union of Sitakunda on the night of June 4 and spread to other areas.

The fire, which spread due to chemicals after killing about half a hundred people, came under control after 86 hours due to the efforts of various forces.

After the fire broke out on Saturday night, June 4, various agencies first rescued the bodies of 41 people in the terrible fire and explosion. The bodies of two more people were recovered from the spot on Tuesday.

One died at Chittagong Medical College Hospital on Wednesday morning. Later in the evening, the bodies of two more people were recovered from inside the depot.

Most of the casualties in the incident were fire service personnel, depot workers-employees, driver-assistants, and workers of container trucks.

Among the injured, more than 100 people are being treated at different hospitals in Chittagong and Dhaka. The condition of some of them is still critical.