Headlines
Redwan Rahman graduates from FilmdomThe local government minister has instructed to cut the road if necessary to remove the waterRequest to withdraw closure shop at night till EIDThe days of the Western monolithic world are over: PutinLeaders of Germany, France, and Italy in Kyiv to express solidarity‘Presidents of two countries call and pressurized Mbappé’Two U.S. citizens are thought to be missing or taken prisoner in UkraineCOVID: The technical committee suggested lifting some restrictionsPetrol prices hit record highs in the USCanada wants a stern warning against cigarettesThe task force to protect the mountains, demanded the formation of a speedy trial tribunalDepot fire: CID tries to find the cause on CCTVRussian passports are being issued in occupied UkraineFire on Parabat Express: Railroad to Sylhet is normal after 4 hoursAnother 24 children died in Mariupol, Ukraine said
Home More Court Destiny’s Rafiqul was sentenced to 12 years and Harun to 4 years
Facebook
Twitter
WhatsApp
Print 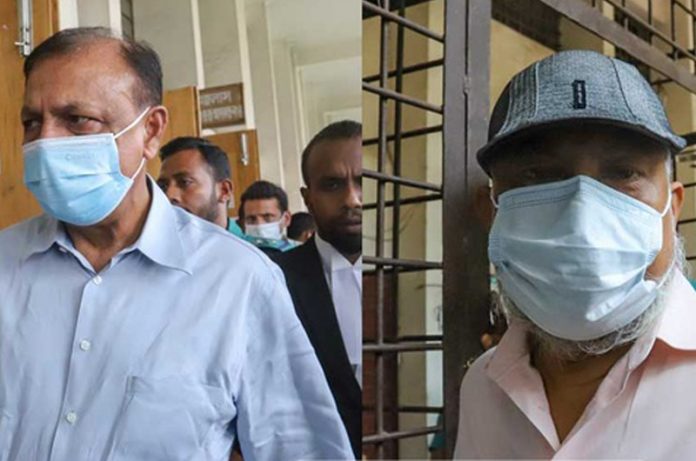 He has sentenced all the 46 accused to various terms of imprisonment in the case of embezzlement and smuggling of around Tk 1,861 crore of Destiny Multipurpose Co-operative Society.

The case, filed by the Anti-Corruption Commission (ACC) ten years ago, ended on March 27. The judge then fixed the date of the verdict.

The court heard the testimony of a total of 202 people on behalf of the state in the trial of this case. Destiny’s managing director Rafiqul Amin Safai also testified among the accused.

Following the investigation, on May 5, 2014, the ACC filed charge sheets in both the cases in the court. Of these, 46 were convicted in the Destiny Multipurpose Co-operative Society case and 19 in the Destiny Tree Plantation Limited corruption case. Harun-ur-Rashid and Rafiqul Amin are accused in both cases.

According to the chargesheet, Destiny had collected TK 1,901 crore from investors in the name of multipurpose cooperative projects since 2006. The ACC investigation found that TK 1,861 crore was embezzled from there. As a result of the embezzlement of that money, 8 lakh investors suffered losses.

And Destiny Tree Plantation raised Rs 2,445 crore from investors through the project. Of this, 2,257 crores 78 lakh 77 thousand taka were embezzled. As a result, 17 lakh investors were affected.

According to the investigation report, several of the 28 companies named after Destiny Group were nominal. The accused first deposited the project money at different institutions, then transferred it to different banks.

The ACC found, 722 such accounts in 34 banks, which were later seized. Of the TK 4,119 crore embezzled, TK 96 crore was allegedly smuggled abroad in two cases. The case of Multipurpose Co-operative Society was decided.

The case against the officials of Destiny Tree Plantation Limited is now under testimony.