Headlines
Redwan Rahman graduates from FilmdomThe local government minister has instructed to cut the road if necessary to remove the waterRequest to withdraw closure shop at night till EIDThe days of the Western monolithic world are over: PutinLeaders of Germany, France, and Italy in Kyiv to express solidarity‘Presidents of two countries call and pressurized Mbappé’Two U.S. citizens are thought to be missing or taken prisoner in UkraineCOVID: The technical committee suggested lifting some restrictionsPetrol prices hit record highs in the USCanada wants a stern warning against cigarettesThe task force to protect the mountains, demanded the formation of a speedy trial tribunalDepot fire: CID tries to find the cause on CCTVRussian passports are being issued in occupied UkraineFire on Parabat Express: Railroad to Sylhet is normal after 4 hoursAnother 24 children died in Mariupol, Ukraine said
Home Technology Details of the new tensor chip that Google reported
Facebook
Twitter
WhatsApp
Print 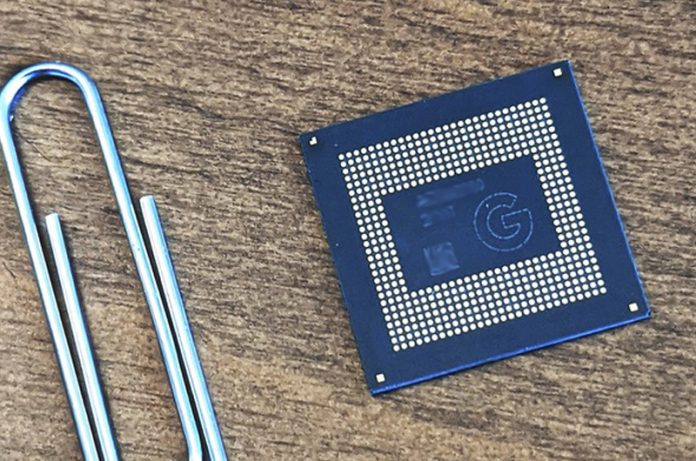 Md. Ashraful Islam: In August, Google announced its first system-on-a-chip or SOC. At the same time, the company said that the chip named Tensor will be seen in Pixel 8 and Pixel 7 Pro. But the company did not provide any additional information at that time except for little information.

Until now, everyone just knew that Google has made Tensor a lot of AI power centers. As a result, the new phones will have more advanced hardware that can help with tasks such as image processing and voice recognition.

The whole thing is actually an attempt to cover Google’s software and specially-made hardware. But what is in the tensor, how it will work – the answers to those questions have been hidden for so long.

The size of the transistor used in Google’s SOC will be five nanometers. In all, the eight-core design is arranged in large, small, and medium. Leading among these are the two 2.6 GHz ARM Cortex-X1 cores.

Qualcomm’s flagship Snapdragon 6 chip used in many other high-end phones, including the Samsung Galaxy S21, is a single X1 core. As a result, speculation is that Google’s tensor speed will be much faster.

Apart from this, the middle part of the SOC chip will have two Cortex A7 with a capacity of 2.25 GHz, while the smaller part will have four A55 cores of 1.8 GHz. Google has not given any concessions in terms of graphics: Mali-G7 graphics core will be seen in Tensor. The chip is also available in other flagship Android phones.

It’s very natural to remember the Moto X from this talk of specially-made hardware. In 2013, Google tried to make more ‘Karitkarma’ smartphones. But the company could not create the most powerful mobile.

According to many, the device was a beautiful step towards computing surrounded by ‘always-on voice commands. Google wants to move forward with the tensor chip again.

Google’s Tensor chip will allow the Pixel 6 to quickly translate videos and messages through the ‘Live Translate’ feature. Even the voice will help to recognize better. According to a report published in Engadget, this will be very useful in writing, editing, and sending messages using voice.

Another important point is that Google’s Tensor chip will provide additional benefits without consuming much battery life. According to Google, the Tensor chip will work at about 80 percent faster than the Pixel 5 overall.

Google also said that the Pixel 6 will have an extra level of protection. It will fight malware and other potential attacks in conjunction with the Titan M2 chip on the phone.

The tech-savvy part of the buyers has everything they want to see on the new mobile chip, Tensor has it all. It is fast and supports many AI features. In the future, maybe this chip will make the Pixel phone the perfect iPhone equivalent: where the flagship hardware will match the rhythm with a specially made mobile chip. If Google succeeds, Tensor may be seen on other companies’ smartphones in the future.