Headlines
Redwan Rahman graduates from FilmdomThe local government minister has instructed to cut the road if necessary to remove the waterRequest to withdraw closure shop at night till EIDThe days of the Western monolithic world are over: PutinLeaders of Germany, France, and Italy in Kyiv to express solidarity‘Presidents of two countries call and pressurized Mbappé’Two U.S. citizens are thought to be missing or taken prisoner in UkraineCOVID: The technical committee suggested lifting some restrictionsPetrol prices hit record highs in the USCanada wants a stern warning against cigarettesThe task force to protect the mountains, demanded the formation of a speedy trial tribunalDepot fire: CID tries to find the cause on CCTVRussian passports are being issued in occupied UkraineFire on Parabat Express: Railroad to Sylhet is normal after 4 hoursAnother 24 children died in Mariupol, Ukraine said
Home Country Dhaka-Chittagong Expressway project canceled after 10 years
Facebook
Twitter
WhatsApp
Print 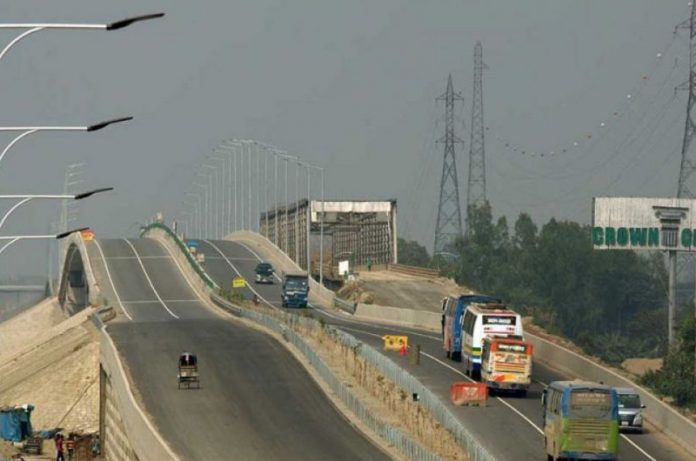 Md. Ashraful Islam: The government has canceled the Dhaka-Chittagong 225-kilometer expressway project after adopting the plan 10 years ago and spending around Tk 100 crore on a feasibility study.

A meeting of the Cabinet Committee on Economic Affairs on Sunday decided to cancel the ongoing project on the basis of public-private partnership (PPP).

Samsul Arefin, Additional Secretary to the Cabinet, who came to the press conference to announce the decision of the meeting, said there would be a service lane with the existing four-lane road.

The government had planned to build an expressway to facilitate road connectivity between the port city and the capital, and there were plans to elevate it.

Negotiations for the construction of flyovers or expressways began in 2011 as the project to upgrade the busiest highway to Charlene was underway.

After the project received policy approval in the meeting of the Cabinet Committee on Economic Affairs in 2013, the study was conducted and a detailed design was prepared.

During the design proposal of the project in 2016, it was calculated that the project would cost Tk 26,056 crore by constructing a two-story road in the market area. And the whole road will have to be 7 stories worth Tk 8,252 crore.

After that, the work of the Roads and Highways Department was going on and now it has been canceled.

Additional Secretary Samsul Arefin said, “The PPP-based project has been canceled. This means that this project will not be in PPP.

“Currently, emphasis is being laid on making all the highways in the country four-lane. The Dhaka-Chittagong highway will be the same. Service lines will be constructed on both sides of the road. ”

He did not elaborate on the reason why the project is not going ahead.

Shamsul said, “It has now been decided that the national highways will have four lanes and service lines will be constructed on both sides and that is what is happening. Earlier this expressway construction project was supposed to be in PPP. Now the PPP has moved away from the project. Now a four-lane highway will be built, that is the decision of the meeting.

Asked about the expenditure of Tk 100 crore, he said, “One hundred crore rupees has already been spent. It was spent on feasibility studies, that’s why it didn’t go to waste. Rather saved from the clutter.

“The issue of spending money has been discussed. It said it was spent on feasibility studies. ”

At a function in Chittagong in 2016, Road Transport and Bridges Minister Obaidul Quader described the benefits of the elevated expressway, saying construction would begin in early 2018. It will be possible to travel from Dhaka to Chittagong within two and a half hours after completion of work.