Headlines
Redwan Rahman graduates from FilmdomThe local government minister has instructed to cut the road if necessary to remove the waterRequest to withdraw closure shop at night till EIDThe days of the Western monolithic world are over: PutinLeaders of Germany, France, and Italy in Kyiv to express solidarity‘Presidents of two countries call and pressurized Mbappé’Two U.S. citizens are thought to be missing or taken prisoner in UkraineCOVID: The technical committee suggested lifting some restrictionsPetrol prices hit record highs in the USCanada wants a stern warning against cigarettesThe task force to protect the mountains, demanded the formation of a speedy trial tribunalDepot fire: CID tries to find the cause on CCTVRussian passports are being issued in occupied UkraineFire on Parabat Express: Railroad to Sylhet is normal after 4 hoursAnother 24 children died in Mariupol, Ukraine said
Home International Donald Trump’s social media ‘Truth’ coming in November
Facebook
Twitter
WhatsApp
Print 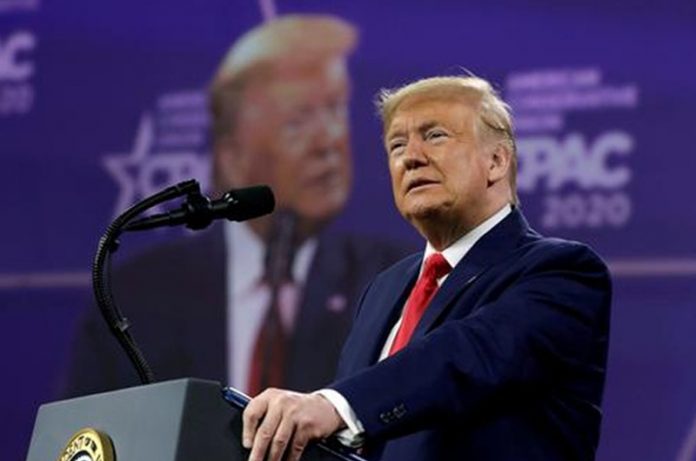 Md. Ashraful Islam: Former US President Donald Trump has announced that he will launch a separate social media platform after the top social media outlets were banned on Facebook and Twitter. This time I understand that Trump is keeping his word, his ‘truth’ is making its debut in the market in November through social media.

With his own social media app, Trump has stated that he will take a stand against the top technology companies known as ‘Big Tech’ in the market.

According to Reuters, Trump’s new social media company is being formed through a merger of the Trump Media and Technology Group (TMTG) and the Digital World Acquisition Corporation. Both the organizations are publishing press releases on the merger agreement.

Trump’s personal statement has also been sent to various media outlets along with the press release. “We live in a world where the Taliban have a large presence on Twitter, but your favorite US president has been silenced,” Trump said. This is not acceptable at all. “

“I’m thrilled to be sending my first ‘Truth’ to Truth Social very soon,” Trump said. TMTG has been established with the aim of giving a voice to everyone (online). I look forward to sharing my thoughts on Truth Social and standing up against Big Tech. ”

According to Reuters, Trump’s social media company has a three-step plan of action. The first step is to launch the beta version in November. The full version will be released in the first quarter of 2022. The company will then launch a video-on-demand service called ‘TMTG Plus’, which will include entertainment content, news, and podcasts.

Although Trump’s representatives declined to comment directly on the matter, they confirmed the veracity of the TMTG press release to Reuters. A copy of the press release was tweeted by Trump spokeswoman Liz Harrington.

In an interview with Fox News, Donald Trump Jr. said, “Big Tech has been keeping a conservative voice for a long time. Tonight, my dad signed a merger agreement that will eventually turn into the Trump Media and Technology Group and Truth Social. It will be a platform where everyone can express their feelings. ”

Other social media outlets, including Twitter and Facebook, began banning Donald Trump on their own platforms in the wake of violence by Trump supporters on Capitol Hill in the United States on January 8 this year.

Trump’s speech that day is considered a catalyst for violence on Capitol Hill. In his speech, Trump accused the United States of massive vote-rigging in the November 2020 presidential election. Trump’s allegations were later denied by several US courts and election officials.

According to Reuters, TMTG will be listed on the US Nasdaq stock exchange in light of the merger agreement that Trump has signed for the new social media company. As part of the consolidation agreement, TMTG could receive কোটি 293 million in cash from Digital World Acquisition Corporation.

Former investment banker Patrick Orlando is leading the Digital World Acquisition Corp., according to Reuters. So far Orlando has launched four Special Acquisition Companies (SPAC), with two more planned. So far, none of the four companies has been able to execute the merger agreement.