Headlines
Redwan Rahman graduates from FilmdomThe local government minister has instructed to cut the road if necessary to remove the waterRequest to withdraw closure shop at night till EIDThe days of the Western monolithic world are over: PutinLeaders of Germany, France, and Italy in Kyiv to express solidarity‘Presidents of two countries call and pressurized Mbappé’Two U.S. citizens are thought to be missing or taken prisoner in UkraineCOVID: The technical committee suggested lifting some restrictionsPetrol prices hit record highs in the USCanada wants a stern warning against cigarettesThe task force to protect the mountains, demanded the formation of a speedy trial tribunalDepot fire: CID tries to find the cause on CCTVRussian passports are being issued in occupied UkraineFire on Parabat Express: Railroad to Sylhet is normal after 4 hoursAnother 24 children died in Mariupol, Ukraine said
Home More Agriculture Dream-breaking farmers in Tween fruit cultivation
Facebook
Twitter
WhatsApp
Print 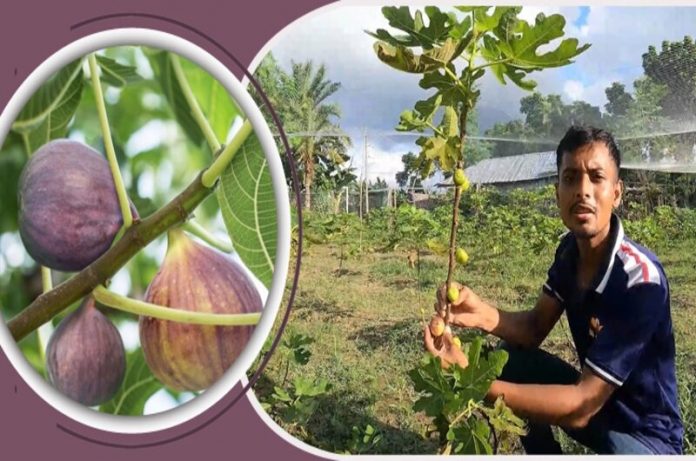 News Desk: Unemployed youth, Newaz Sharif Rana. Seeing the advertisement, Tween cultivated the fruit. This young man dreamed of becoming a successful entrepreneur. The only source of income for the family was the sale of three cows. He planted more than four hundred trees in one bigha of land. He bought saplings of each tree at the rate of 350 rupees. So far he has spent about three and a half lakh rupees on land preparation, planting, and maintenance of saplings.

After four months, the dream tree began to bear fruit. Pak was also caught at the specified time. In a colorful dream, a smile appeared on Bivo’s runner’s face. Contact fruit wholesalers and retailers to sell fruits. But he could not sell even a penny.

As a result, the fruit of becoming a dream entrepreneur is falling into a nightmare. What is being eaten is now being wasted in birds and rotting. This unemployed Rana has lost everything and is now lost. Desperate Newaz Sharif Rana is the son of Saber Hossain of Baliadanga village in Trilochanpur union of Kaliganj upazila of Jhenaidah.

Eight more youths from the district are in a similar situation. They also cultivated tween after seeing flashy campaigns in the hope of making more profit in a short time. But as the years go by, their dreams have been shattered. One of them is Mahmud Hasan Liton, a drug dealer in Kaliganj upazila of the district.

Mahmud Hasan Liton said he planted 400 saplings in one bigha of land. He bought a sapling for 320 rupees. So far, more than Rs 3 lakh has been spent on land preparation. After three to four months, the fruit comes and ripens.

But no one wants to buy this fruit in the local market. As a result, they could not sell it in the area and sent it to Dhaka, but the fruit was not sold there either. A day later, they said that they had thrown away the tween I had sent. Moreover, when this fruit ripens, it cannot be stored for long after collection from the tree.

Harunar Rashid alias Musa, a fruit farmer from Kagmari village in Kotachandatpur upazila, said, “I was inspired to watch the cultivation of a man named Azam Talukder on YouTube. Then in the month of April this year, I planted 30 saplings experimentally. These include Egyptian-1, Egyptian-2, Cortamani, and Gold varieties. After four months the tree bears fruit but after ripening the fruit is not going to be stored, it is rotting.

Moreover, there is no buyer of this fruit in our country. Again, some result is insects. So I think this tween fruit is not profitable cultivation in our country. That is why I am not cultivating tween fruit commercially, Musa advised other farmers not to cultivate either.

Vijay Krishna Haldar, training officer of the district agricultural extension department, said eight farmers in the district have cultivated twin fruits in 1.8 hectares of land this time. Of this, 0.34 hectare in Kaliganj, 1.04 hectare in Kotchandpur and the remaining .49 hectare has been cultivated in the fields of Maheshpur upazila bordering India.

This fruit looks like a native fig but is slightly larger, and the backside is slightly flattened. “Since it is a new fruit, we have not yet tested what it will look like,” he said.

Farmers have started cultivating this fruit. We will experiment and see what this fruit actually looks like. And buyers will be able to tell how any new fruit will work in the market. I don’t know if the farmers are not able to sell the tween fruits they produce. We talk to them and find out if anything can be done.