Headlines
Redwan Rahman graduates from FilmdomThe local government minister has instructed to cut the road if necessary to remove the waterRequest to withdraw closure shop at night till EIDThe days of the Western monolithic world are over: PutinLeaders of Germany, France, and Italy in Kyiv to express solidarity‘Presidents of two countries call and pressurized Mbappé’Two U.S. citizens are thought to be missing or taken prisoner in UkraineCOVID: The technical committee suggested lifting some restrictionsPetrol prices hit record highs in the USCanada wants a stern warning against cigarettesThe task force to protect the mountains, demanded the formation of a speedy trial tribunalDepot fire: CID tries to find the cause on CCTVRussian passports are being issued in occupied UkraineFire on Parabat Express: Railroad to Sylhet is normal after 4 hoursAnother 24 children died in Mariupol, Ukraine said
Home Headlines During the last emergency meeting in Sri Lanka, contradictory news of the...
Facebook
Twitter
WhatsApp
Print 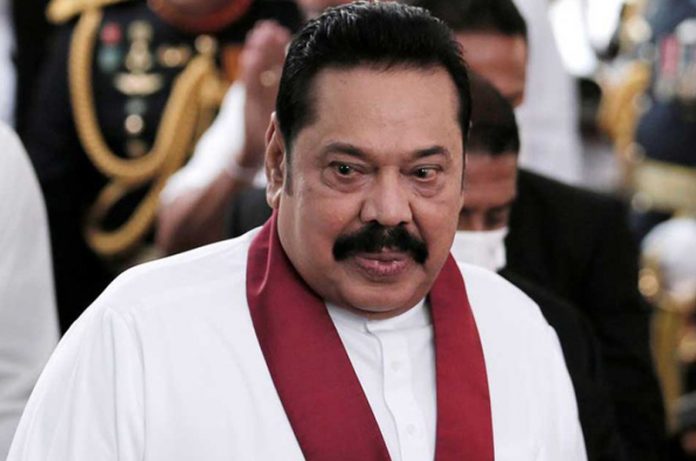 Md. Ashraful Islam: An emergency cabinet meeting has ended with contradictory news over the impending resignation of Prime Minister Mahinda Rajapaksa in the face of ongoing protests in Sri Lanka.

The meeting called for the beleaguered PM to resign, but his office said he had no plans to do so.

It is learned that the Prime Minister agreed to the request of President Gotabaya to resign after agreeing to the words of some ministers at the meeting.

However, a spokesperson for the Prime Minister’s Office denied the allegations in a statement issued Friday stating “Similar, baseless allegations concerning Prime Minister Recep Tayyip Erdogan have been made more than once.

However, some political sources said last evening that the president had agreed with some ministers in the cabinet meeting. The ministers said there was no alternative to the resignation of Prime Minister Mahinda to pave the way for the appointment of a new prime minister.

President Gotabaya Rajapaksa called the emergency cabinet meeting to discuss the growing instability in the country in the wake of the country’s deteriorating economic situation.

Some ministers also spoke in support of the Prime Minister. They said the prime minister alone should not be asked to take responsibility for the ongoing situation. However, he acknowledged that their numbers were not enough to defeat President Conte’s government.

At first, Prime Minister Mahinda refused to resign. But later he surrendered and agreed to resign. However, the prime minister’s office has denied any involvement in the plot.