Headlines
Redwan Rahman graduates from FilmdomThe local government minister has instructed to cut the road if necessary to remove the waterRequest to withdraw closure shop at night till EIDThe days of the Western monolithic world are over: PutinLeaders of Germany, France, and Italy in Kyiv to express solidarity‘Presidents of two countries call and pressurized Mbappé’Two U.S. citizens are thought to be missing or taken prisoner in UkraineCOVID: The technical committee suggested lifting some restrictionsPetrol prices hit record highs in the USCanada wants a stern warning against cigarettesThe task force to protect the mountains, demanded the formation of a speedy trial tribunalDepot fire: CID tries to find the cause on CCTVRussian passports are being issued in occupied UkraineFire on Parabat Express: Railroad to Sylhet is normal after 4 hoursAnother 24 children died in Mariupol, Ukraine said
Home Headlines EU bans Russian oil embargo ‘in days’
Facebook
Twitter
WhatsApp
Print 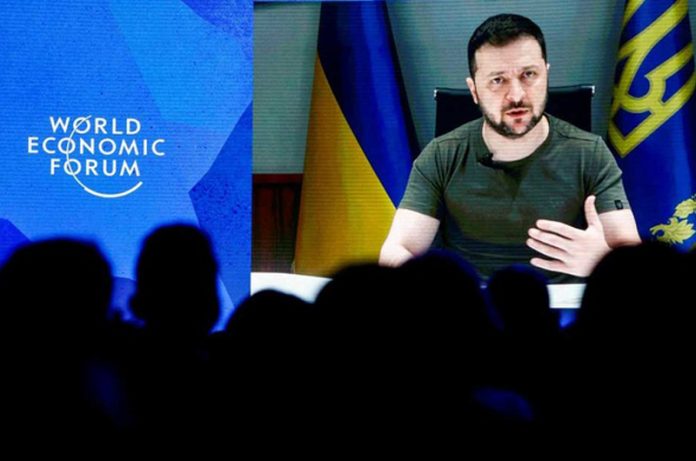 Md. Ashraful Islam: Germany, the largest member of the European Union (EU), has said it could agree to a ban on Russian oil imports “within days”.

At a conference of world business leaders in Davos on Monday, Ukrainian President Volodymyr Zelensky said the world must increase sanctions against Russia to prevent other countries from using “brutal force” to achieve their goals.

Many of the EU’s 28 member states are heavily dependent on Russian oil, so the block is not taking immediate steps to cut off supplies, Kyiv said.

Hungary also insisted on its investment in the energy sector before agreeing to any such sanctions on Monday, sparking a dispute with the EU over its speedy approval; The news agency Reuters reported.

The EU has offered 2 billion euros to Central and Eastern countries to deal with the situation after Russia cut off supplies.

“We will reach a decision in a few days,” German Finance Minister Robert Habek told the ZDF.

He said the European Commission and the United States were working to curb oil prices in the world market, in addition to imposing sanctions on Russia.

“Of course, it’s an unusual move, but it’s also unusual at times,” he said.

Russia’s three-month-old offensive has forced more than 7.5 million people to flee Ukraine, leaving many cities in ruins and thousands dead. In response, Western nations have imposed unprecedented sanctions on Russia.

Russia’s Foreign Minister Sergei Lavrov has said the Kremlin is focusing on strengthening ties with its eastern neighbor China as economic ties with the United States and Europe have soured.

He said Moscow’s economic relations with Beijing were growing faster than ever.