Headlines
Redwan Rahman graduates from FilmdomThe local government minister has instructed to cut the road if necessary to remove the waterRequest to withdraw closure shop at night till EIDThe days of the Western monolithic world are over: PutinLeaders of Germany, France, and Italy in Kyiv to express solidarity‘Presidents of two countries call and pressurized Mbappé’Two U.S. citizens are thought to be missing or taken prisoner in UkraineCOVID: The technical committee suggested lifting some restrictionsPetrol prices hit record highs in the USCanada wants a stern warning against cigarettesThe task force to protect the mountains, demanded the formation of a speedy trial tribunalDepot fire: CID tries to find the cause on CCTVRussian passports are being issued in occupied UkraineFire on Parabat Express: Railroad to Sylhet is normal after 4 hoursAnother 24 children died in Mariupol, Ukraine said
Home Country Evali’s MD Russell and his wife were arrested
Facebook
Twitter
WhatsApp
Print 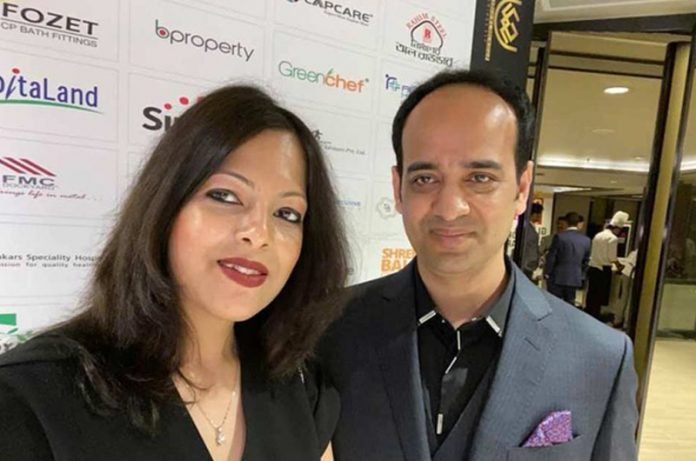 Senior Reporter: Mohammad Russell, MD of e-commerce platform Evali, and his wife, the company’s chairman, have been wiped out in a lawsuit filed by a customer alleging fraud. RAB has arrested Shamima Nasrin.

After an hour-long raid on Russell’s home in Dhaka’s Mohammadpur on Thursday afternoon, the two were taken away in a RAB vehicle.

Khairul Islam, head of the RAB’s intelligence branch, said, “They are being taken to the RAB headquarters. The case that has been filed will show their arrest. ”

Commander Khandaker Al Moin, director of the force’s law and media branch, said the operation began around 4 pm on Thursday at Russell’s flat on the fourth floor of a nine-story building on Sir Syed Road.

Later, around 5:15 pm, Russell and his wife were taken out of the house and taken to the RAB headquarters.

Arif Baker, the plaintiff in the case, said in his complaint that he was impressed by the advertisement for Evali and ordered the goods worth TK 3 lakh 10 thousand. But for a long time, no product was delivered to him.

In the office of the product and later the CEO said. It is alleged that the ambassador provided the information to Russell.

Several cases have already been filed against Evali MD Russell and Chairman Shamima Nasrin in different districts on charges of fraud and customer harassment.

In just two and a half years after starting its journey in December 2016, Evali has been owed Rs 543 crore by supplier companies and customers. Where this huge amount of money went in such a short time, his whereabouts still do not match.
As part of an investigation into allegations of embezzlement and trafficking, the court barred the top officials of Evali from leaving the country in July at the request of the ACC.

Meanwhile, many customers crowded in front of his house in Mohammadpur on the news of Russell’s arrest. More than 50 people were seen protesting when Russell was taken to the RAB.

Introducing themselves as customers of Evali, they demanded that Russell be released.

One of them said, “Russell wanted time, but it was not right to arrest him without it. Customers would benefit if Russell was given time. ”