Headlines
Redwan Rahman graduates from FilmdomThe local government minister has instructed to cut the road if necessary to remove the waterRequest to withdraw closure shop at night till EIDThe days of the Western monolithic world are over: PutinLeaders of Germany, France, and Italy in Kyiv to express solidarity‘Presidents of two countries call and pressurized Mbappé’Two U.S. citizens are thought to be missing or taken prisoner in UkraineCOVID: The technical committee suggested lifting some restrictionsPetrol prices hit record highs in the USCanada wants a stern warning against cigarettesThe task force to protect the mountains, demanded the formation of a speedy trial tribunalDepot fire: CID tries to find the cause on CCTVRussian passports are being issued in occupied UkraineFire on Parabat Express: Railroad to Sylhet is normal after 4 hoursAnother 24 children died in Mariupol, Ukraine said
Home More Politics Even if you say ‘no’ now, BNP will come to the polls:...
Facebook
Twitter
WhatsApp
Print 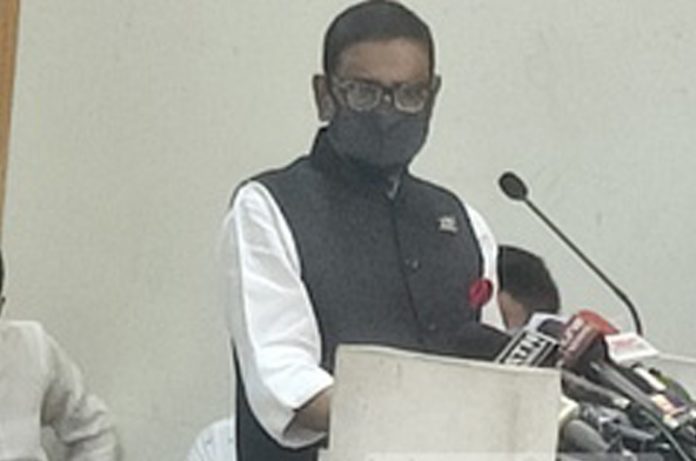 He said, “The BNP knows that there is no alternative to change of power except elections, so whatever they say, they will come to the polls.”

Speaking at a press conference at his official residence on Sunday, Quader further said, “The BNP is staying away from the elections by showing disrespect to the people and saying that democracy is missing. People do not think that their recklessness and the nefarious policy of cutting off their own noses and breaking the next journey has not yielded any results in the past and will continue to do so in the future. The BNP has to come to the polls to save the party’s declining existence and save its supporters and workers from wrath. ”

Obaidul Quader also claimed that the BNP was taking part in the UP elections by hiding its identity. BNP leaders do not do what they say in public, and they do not say what they do in secret. That is why the people have turned away after realizing the duality of the BNP. ”

Obaidul Quader remarked that the BNP seeks democracy outside its own party.

“Such allegations are like putting pressure on Udor Pindi Budho. The BNP is creating obstacles in the way of democracy, they are looking for a way to come to power in an undemocratic way without following the path of democracy. ”