Headlines
Redwan Rahman graduates from FilmdomThe local government minister has instructed to cut the road if necessary to remove the waterRequest to withdraw closure shop at night till EIDThe days of the Western monolithic world are over: PutinLeaders of Germany, France, and Italy in Kyiv to express solidarity‘Presidents of two countries call and pressurized Mbappé’Two U.S. citizens are thought to be missing or taken prisoner in UkraineCOVID: The technical committee suggested lifting some restrictionsPetrol prices hit record highs in the USCanada wants a stern warning against cigarettesThe task force to protect the mountains, demanded the formation of a speedy trial tribunalDepot fire: CID tries to find the cause on CCTVRussian passports are being issued in occupied UkraineFire on Parabat Express: Railroad to Sylhet is normal after 4 hoursAnother 24 children died in Mariupol, Ukraine said
Home Headlines Facebook is harming children, weakening democracy, the former worker complained
Facebook
Twitter
WhatsApp
Print 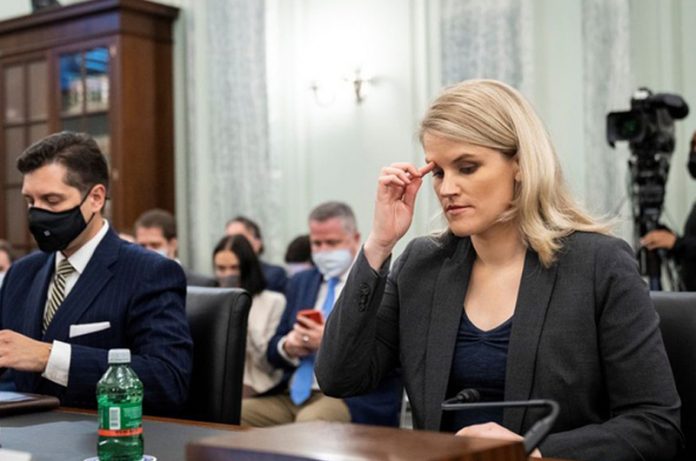 News Desk: Facebook is harming children, inciting divisions, and undermining democracy – a former employee of the organization has complained to US lawmakers.

Frances Haugen, a 37-year-old Facebook product manager, has recently leaked many of Facebook’s internal documents to the media about the role of the ‘whistleblower’, citing the negative role of the social media platform.

Haugen slammed Facebook during a Capitol Hill hearing on Tuesday, according to a BBC report.

Facebook is the most popular social media in the world. Their monthly active users are 260 crores.

In recent years, the company has been accused of failing to protect user privacy and failing to take the necessary steps to prevent rumors.

In an interview with CBS News on Sunday, Haugen said he had given the Wall Street Journal (WSJ) a number of internal documents on Facebook.

Based on those documents, the WSJ report said that a study conducted on Instagram showed that using the app could harm the mental health of young girls.

Haugen also testified in a Senate hearing on Tuesday.

He said, “The company leadership knows how to keep Facebook and Instagram safe; But they will not make the necessary changes, because they have placed the skyrocketing profit on the people. ”

The former employee of the company also criticized Mark Zuckerberg’s monopoly on Facebook.

Haugen also told the Senate on Monday that he was happy with the disruption on Facebook, Messenger, Instagram, and WhatsApp around the world.

“Yesterday we saw Facebook disappear from the internet. I don’t know why this happened, but I know that for more than five hours, Facebook has not been used to intensify divisions, destabilize democracy, and humiliate young girls and women with their own bodies, ”she said.

“We need to take action now,” he told Republicans and Democrats at the hearing.

A rare consensus was reached between the senators of both parties at the hearing, Reuters reported.

The members of the upper house of the US Congress also commented on the need for change on Facebook.

In a letter to staff, he said most of the allegations against Facebook were “baseless”.

“It’s hard to see coverage misrepresenting our work and purpose,” he said.

Zuckerberg said Instagram’s research was misrepresented. Many young people have had many positive experiences using the platform.

“It’s very important to me that whatever we make is good and safe for children,” he said.

“We weren’t deeply concerned about how many people took the services of our competitors or how much money we lost, but about those who relied on our services to communicate with our loved ones, run businesses or support their communities,” he said.