Headlines
Redwan Rahman graduates from FilmdomThe local government minister has instructed to cut the road if necessary to remove the waterRequest to withdraw closure shop at night till EIDThe days of the Western monolithic world are over: PutinLeaders of Germany, France, and Italy in Kyiv to express solidarity‘Presidents of two countries call and pressurized Mbappé’Two U.S. citizens are thought to be missing or taken prisoner in UkraineCOVID: The technical committee suggested lifting some restrictionsPetrol prices hit record highs in the USCanada wants a stern warning against cigarettesThe task force to protect the mountains, demanded the formation of a speedy trial tribunalDepot fire: CID tries to find the cause on CCTVRussian passports are being issued in occupied UkraineFire on Parabat Express: Railroad to Sylhet is normal after 4 hoursAnother 24 children died in Mariupol, Ukraine said
Home Technology Facebook will hire tens of thousands of new employees in the European...
Facebook
Twitter
WhatsApp
Print 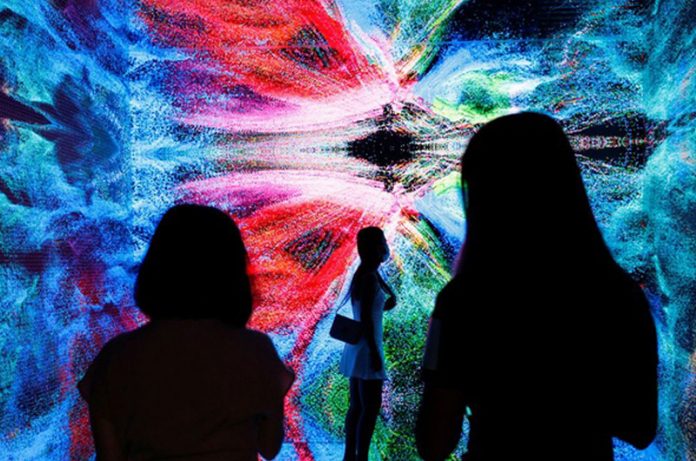 Md. Ashraful Islam: Facebook plans to create tens of thousands of jobs in the European Union in five years as part of its efforts to build Metaverse. The company will hire highly skilled engineers from neighboring countries in the region.

The U.S. social media reported on Sunday that they have recruited from Germany, France, Italy, Poland, the Netherlands, and Ireland.

“Starting with thousands of EU workers, millions of businesses are using our apps and tools every day; Europe is a big part of our success, just like Facebook is a part of the success of European companies and the wider economy. ”

In July, Facebook chief Zuckerberg unveiled his Metaverse plan. The term Metaverse is being used to define a digital world where multiple people can communicate in a 3D environment.

Recently, Facebook has come up with an app as the first step of Metaverse. People will be able to meet in virtual reality through that app.

A number of companies, such as Microsoft, Roblox, and Epic Games, are investing heavily in their versions of Metaverse, according to a report in the US media CNBC.

“At this point in time, the highly specialized engineer is one of Facebook’s top priorities,” said Clegg and Olivan.

“We are keen to work with EU governments to find the right person in the region as part of an upcoming recruitment drive and to move it to the right market.”

The news came at a time when Facebook was going through a lot of controversies. The Wall Street Journal has already published a series of investigative reports on the company.

The report reveals that Facebook’s internal research has been covered up – despite knowing that Instagram has a negative effect on teenagers, Facebook has done nothing.

Frances Haugen, a former employee of the company, provided internal documents on Facebook as supplies for the Wall Street Journal’s investigative report. He later testified before a Senate subcommittee.

Haugen alleges that Facebook “prioritizes profits over users.” “It’s not true at all,” Zuckerberg said.

Haugen and another leaker, Sophie Zhang, are due to testify in the UK Parliament this month. EU lawmakers also called on Haugen to attend a parliamentary hearing in November.