Headlines
Redwan Rahman graduates from FilmdomThe local government minister has instructed to cut the road if necessary to remove the waterRequest to withdraw closure shop at night till EIDThe days of the Western monolithic world are over: PutinLeaders of Germany, France, and Italy in Kyiv to express solidarity‘Presidents of two countries call and pressurized Mbappé’Two U.S. citizens are thought to be missing or taken prisoner in UkraineCOVID: The technical committee suggested lifting some restrictionsPetrol prices hit record highs in the USCanada wants a stern warning against cigarettesThe task force to protect the mountains, demanded the formation of a speedy trial tribunalDepot fire: CID tries to find the cause on CCTVRussian passports are being issued in occupied UkraineFire on Parabat Express: Railroad to Sylhet is normal after 4 hoursAnother 24 children died in Mariupol, Ukraine said
Home Headlines Finland’s joining NATO would be ‘wrong’
Facebook
Twitter
WhatsApp
Print 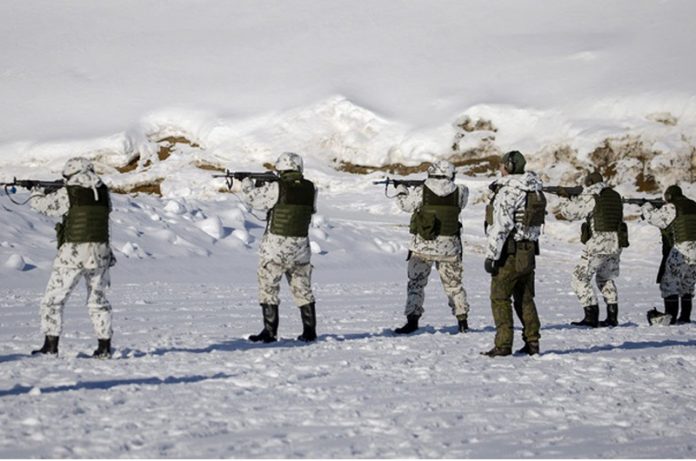 International Desk: Russia’s President Vladimir Putin has warned that it would be “wrong” for Finland to leave neutrality and join the Western military alliance NATO.

Putin told Finnish President Sauli Ninisto that there was “no threat” to Finland’s security.

Finland is officially going to apply to join NATO and the announcement is expected to come soon.

According to the BBC, Finnish President Ninisto Putin spoke to him on the phone on Saturday.

A statement from the Kremlin later quoted Putin as saying.

The Russian leader was quoted as saying, “There is no threat to Finland’s security. Even then, it would be wrong for them to end the traditional policy of military neutrality. “

Putin added that “such changes in the country’s political orientation will have a negative impact on Russian-Finnish relations.” That relationship has developed over the years through the consciousness and cooperation of two good neighbors. “

Ninisto, on the other hand, described how Russia’s recent actions, including the invasion of Ukraine, had “changed Finland’s security environment.”

“We talked directly and openly and no one was threatened. It’s important to avoid tensions. “

Following Russia’s invasion of Ukraine, several European countries have become increasingly concerned about their own security. In the context of which, they expressed interest in joining Neto.

Along with Finland, Sweden has also indicated its interest in joining the net.

Finland shares a 1,300-kilometer border with Russia. Finland is still out of the net to avoid confrontation with its former neighbor Russia.

But they are also concerned about the situation in Ukraine. On Saturday, however, Putin did not speak on the phone in a threatening tone about Finland’s intentions. However, the BBC reports that there have been indications of “revenge” from the Russian Foreign Ministry.

Russia has already cut off electricity supplies to Finland. Which is thought to be the initial sign of that ‘revenge’.

However, a statement from Russia’s electricity supplier RAO Nordic cited payment complications as the reason.

However, Reima Pavinen, executive of Finland’s National Grid, told the BBC that Russia had no problems with the power supply.

He said they import only 10 percent of the country’s total electricity supply from Russia. If Russia does not provide electricity, they will consider alternative measures.

The Western military alliance Neto was formed in 1949 to counter the so-called threat of the former Soviet Union.

President Putin has said that Ukraine’s desire to join NATO is one of the reasons for its decision to invade its neighbor.