Headlines
Redwan Rahman graduates from FilmdomThe local government minister has instructed to cut the road if necessary to remove the waterRequest to withdraw closure shop at night till EIDThe days of the Western monolithic world are over: PutinLeaders of Germany, France, and Italy in Kyiv to express solidarity‘Presidents of two countries call and pressurized Mbappé’Two U.S. citizens are thought to be missing or taken prisoner in UkraineCOVID: The technical committee suggested lifting some restrictionsPetrol prices hit record highs in the USCanada wants a stern warning against cigarettesThe task force to protect the mountains, demanded the formation of a speedy trial tribunalDepot fire: CID tries to find the cause on CCTVRussian passports are being issued in occupied UkraineFire on Parabat Express: Railroad to Sylhet is normal after 4 hoursAnother 24 children died in Mariupol, Ukraine said
Home Headlines For the first time, Sri Lanka has entered the list of debt...
Facebook
Twitter
WhatsApp
Print 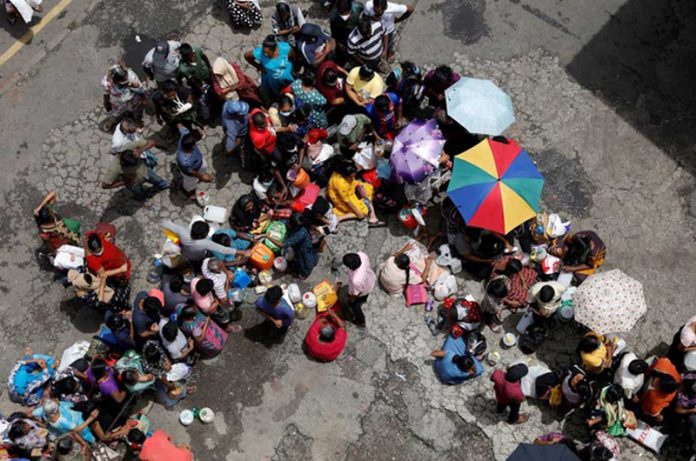 According to a BBC report on Thursday, Colombo was given an extra 30 days to pay interest on the loan of 78 million. The government has failed to pay the installments, even though that time ended on Wednesday.

Sri Lanka’s central bank says its country is currently at a stage of default.

At the end of the working day on Thursday, two of the world’s largest credit rating agencies also announced that Sri Lanka had defaulted.

Generally, a government defaulted if it fails to repay the entire loan or loan installments to the lenders. In this way, the reputation of the country is tarnished by the investors, and they have to hurry to collect the required loans from the international market. On the other hand, people’s confidence in the country’s currency and the economy is further weakened.

Sri Lanka’s central bank governor P Nandalal Virasinghe was asked on Thursday where the country is now in default.

In response, he said, “My position is very clear. We have stated that we will not be able to repay the loan unless they (the lenders) restructure it.” So you can call it defensive default. ”

“It simply came to our notice then. Our position is clear, we will not be able to repay the loan until it is restructured. “

Sri Lanka has appealed to lenders to restructure more than ৫ 5 trillion in debt.

The collapse of the tourism business due to the epidemic reduced Sri Lanka’s foreign exchange reserves. The escalation of fuel prices following the Ukraine war has exacerbated the situation.

If the government tries to maintain its popularity by reducing taxes, the revenue will also come down. The fall in reserves has led to a crisis in medicines, fuel, and other commodities.

The government has already changed in Sri Lanka amid widespread public discontent over rising inflation. There are still sporadic protests against President Rajapaksa and his family.

The Sri Lankan government has already begun negotiating a loan from the International Monetary Fund (IMF) to recover from the default. An IMF spokesman said on Thursday that their talks could end on Tuesday.

Earlier, the Sri Lankan government said it needed 400 million for this year. However, Governor Virasinghe warned that the already rising inflation rate could rise further in the coming days.

“The inflation rate is around 30 percent. It could reach close to 40 percent in the next two months. ”

The Central Bank of Sri Lanka, at its latest meeting, decided to keep its two key interest rates stable. In the previous meeting, the interest rate was increased by 7 percentage points. Now there is an interest rate of 14.5% on loans and 13.5% on deposits.

Credit rating agency Moody’s Investors Service said on Thursday that Sri Lanka had defaulted on its international bonds for the first time. But they hope that Colombo will eventually reach an agreement with the IMF, which will save them from this situation. However, this process can take months to complete.

On the same day, another credit rating agency, Fitch Ratings, downgraded Sri Lanka. They have classified Colombo as a ‘controlled defaulter’.

Mahinda Rajapaksa, the elder brother of President Gotabaya Rajapaksa, resigned as prime minister amid violent clashes last week. Nine people were killed and more than 300 were injured in the violence.

Sri Lanka’s new Prime Minister Ranil Wickremesinghe told the BBC on Friday that the situation could get worse before the current economic crisis recedes.