Headlines
Redwan Rahman graduates from FilmdomThe local government minister has instructed to cut the road if necessary to remove the waterRequest to withdraw closure shop at night till EIDThe days of the Western monolithic world are over: PutinLeaders of Germany, France, and Italy in Kyiv to express solidarity‘Presidents of two countries call and pressurized Mbappé’Two U.S. citizens are thought to be missing or taken prisoner in UkraineCOVID: The technical committee suggested lifting some restrictionsPetrol prices hit record highs in the USCanada wants a stern warning against cigarettesThe task force to protect the mountains, demanded the formation of a speedy trial tribunalDepot fire: CID tries to find the cause on CCTVRussian passports are being issued in occupied UkraineFire on Parabat Express: Railroad to Sylhet is normal after 4 hoursAnother 24 children died in Mariupol, Ukraine said
Home Headlines Former Afghan general pledges to fight Taliban
Facebook
Twitter
WhatsApp
Print 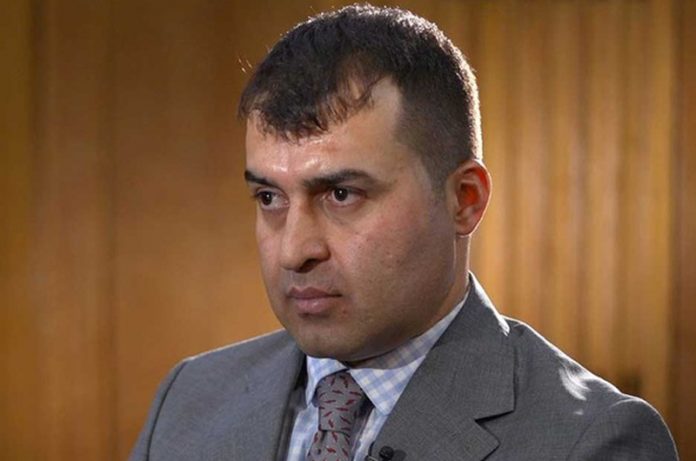 News Desk: A senior Afghan military official under the previous administration said he and many former soldiers and politicians were preparing for a new war against the Taliban.

According to Lieutenant General Sami Sadat, during the six months of Taliban rule, many Afghans have realized that military action is the only way forward.

The operation could begin next month after EID, at which time he plans to return to Afghanistan, Sadat told the BBC.

The Taliban seized power in Afghanistan in August last year. In just 10 days, they took over the whole country; The US-led NATO alliance also recently left the country after completing its 20-year military campaign.

Speaking for the first time about his plans, Lt. Gen. Sadat said, “We will do everything in our power to liberate Afghanistan from the Taliban and restore democracy.”

“Until we get freedom, until we get the freedom of opinion, we will continue to fight,” he said.

Sadat, who served as a general in the previous army, pointed to the way in which the Taliban is re-imposing harsh regimes across the country, including strict restrictions on the rights of women and girls.

“What we have seen in Afghanistan during the six-month rule of the Taliban is nothing more than religious restrictions, misrepresentations, misinterpretations, and misuse of the Koranic commentary for political purposes,” he said.

Sadat first wanted to see if they could replace the Taliban within a year.

“Unfortunately, every day you have to wake up and see a new evil of the Taliban. We see people being tortured, murdered, kidnapped, food shortages, malnourished children, ” he said.

Sadat told the BBC he was receiving hundreds of messages from Afghanistan every day asking what he was going to do in this situation.

The BBC says the question remains whether Afghans, tired of watching more than four decades of war, would want to fight a new war. Year after year of the war, of being displaced, of struggles to survive in the midst of a severe economic crisis has left them exhausted.

The rural areas of Afghanistan, which have borne the brunt of the Taliban’s war with NATO, are now having a relatively quiet time; NATO and Afghan fighter jets are not in their skies, and Taliban attacks have stopped.

Sadat, who is in charge of government forces in the southern province of Helmand, has also been accused of ordering attacks in the last months of Afghanistan’s pro-Western government that have killed civilians.

He has denied the allegations.

He was appointed chief of the Afghan Special Forces in August last year; The day he landed in Kabul, the Taliban took control of the capital, and Sadat’s commander-in-chief, Ashraf Ghani, fled the country.

An audio message from Sadat was recently leaked to the media, in which he was heard talking about an armed struggle to liberate Afghanistan from the Taliban.

Sadat said he had contacts with Ahmed Masood, a well-known leader of the National Resistance Group, an anti-Taliban group in Afghanistan. Masood is the son of Ahmad Shah Masood, the legendary commander of Afghanistan.

Sadat said patriotic Afghans were paying for their fight against the Taliban and had no foreign sponsors.

The 36-year-old former army commander said his generation was acknowledging the mistakes of the previous administration in Afghanistan, in which he had been.

Sadat also said that corrupt Afghan politicians and US policy had drowned them.

In his view, the way Neto has left Afghanistan has shown its weakness, which is why Russian President Vladimir Putin has decided to invade Ukraine.

Sadat praised the Ukrainians’ resistance to the Russian invasion, but feared that the Neto might overwhelm them (Ukrainian forces).

“I think they (Ukraine) are well on their way. But I will tell them to be more confident. This is because the continued support of NATO and other countries may at some point come to an end.