Headlines
Redwan Rahman graduates from FilmdomThe local government minister has instructed to cut the road if necessary to remove the waterRequest to withdraw closure shop at night till EIDThe days of the Western monolithic world are over: PutinLeaders of Germany, France, and Italy in Kyiv to express solidarity‘Presidents of two countries call and pressurized Mbappé’Two U.S. citizens are thought to be missing or taken prisoner in UkraineCOVID: The technical committee suggested lifting some restrictionsPetrol prices hit record highs in the USCanada wants a stern warning against cigarettesThe task force to protect the mountains, demanded the formation of a speedy trial tribunalDepot fire: CID tries to find the cause on CCTVRussian passports are being issued in occupied UkraineFire on Parabat Express: Railroad to Sylhet is normal after 4 hoursAnother 24 children died in Mariupol, Ukraine said
Home International Former United States Secretary of State Colin Powell has died in Covid
Facebook
Twitter
WhatsApp
Print 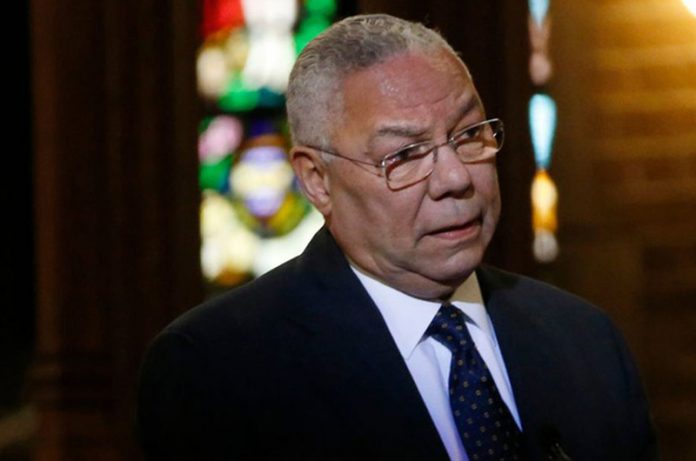 Colin Powell was the first black Secretary of State in the United States. He was instrumental in shaping US foreign policy in the late twentieth and early twentieth centuries. 3

He has held three senior Republican positions. Furthermore, he also rose to the top of the U.S. military. Powell died Monday. He was 84 years old at the time of his death.

“In his death, we have lost a wonderful man, a loving husband, a father, a grandfather, and a great American.” Powell also received a full dose of coronavirus vaccine, his family said.

According to CNN, Colin Powell served in the Vietnam War as a soldier. Towards the end of President Ronald Reagan’s term, he became the first black national security adviser in the United States.

He then became the first black American to serve as the youngest chairman of the United States Joint Chiefs of Staff under George HW Bush.

“Many presidents relied on Powell’s advice and experience,” Bush said in a statement. Powell was so popular with presidents that he twice received the Presidential Medal of Freedom. “

Colin Powell’s popularity soared after the US-led coalition won the Gulf War. In the mid-1990s, Colin Powell was considered the first black race to be the main rival for the presidency of the United States.

However, as President George W. Bush’s first Secretary of State, his reputation was tarnished by his misrepresentation of UN intelligence to the Iraq war. Colin Powell himself described it as the ‘blackness’ of his professional life.

Colin Powell was sworn in as Secretary of State in 2001 under then-President George W. Bush. The United States launched a military operation in Iraq in March 2003, claiming that it had “weapons of mass destruction.”

In 1996, Colin Powell considered running for president. But because of his wife’s fears about his safety, he moved away.

In 2008, Powell went against his party and backed Democratic presidential candidate Barack Obama. Powell’s support is seen as crucial in pushing Obama forward.