Headlines
Redwan Rahman graduates from FilmdomThe local government minister has instructed to cut the road if necessary to remove the waterRequest to withdraw closure shop at night till EIDThe days of the Western monolithic world are over: PutinLeaders of Germany, France, and Italy in Kyiv to express solidarity‘Presidents of two countries call and pressurized Mbappé’Two U.S. citizens are thought to be missing or taken prisoner in UkraineCOVID: The technical committee suggested lifting some restrictionsPetrol prices hit record highs in the USCanada wants a stern warning against cigarettesThe task force to protect the mountains, demanded the formation of a speedy trial tribunalDepot fire: CID tries to find the cause on CCTVRussian passports are being issued in occupied UkraineFire on Parabat Express: Railroad to Sylhet is normal after 4 hoursAnother 24 children died in Mariupol, Ukraine said
Home Crime Fugitive drug dealer Arif arrested in 27 cases
Facebook
Twitter
WhatsApp
Print 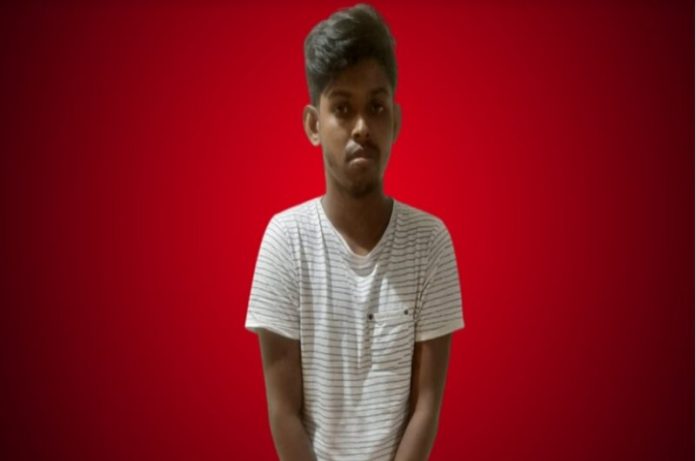 He was arrested by the Detective Lalbagh Division’s Arms Recovery and Drug Control Team during a raid in the Atoa area of ​​Baraigram Police Station in Natore district on September 14, 2021 (Tuesday).

In this regard, Assistant Commissioner of Police for Arms Recovery and Drug Control Team, Md. Fazlur Rahman BPM (Bar), PPM told DMP News that on August 23, 2021, a drug dealer named Mosha Parveen was arrested from Rayer Bazar area of ​​Mohammadpur Police Station. At that time, 220 (two hundred and twenty) grams of brown heroin specially packed in packets of Shahi chilli powder and Shahi turmeric powder were recovered from his possession. The real owner of the recovered heroin was arrested Md. Arif. A case under the Narcotics Control Act was filed at the Mohammadpur police station in the capital. Arif was the fugitive accused in the case. After the case was filed, Arif was in hiding in Baraigram police station area of ​​Natore district to avoid arrest. Arrested, Arif is a wholesale drug (heroin) dealer. For a long time, he used to smuggle heroin from the border areas of Rajshahi and sell it in Dhaka city, its environs, and different parts of Bangladesh.

A total of 26 drug cases have been registered against the arrested Arif in Dhaka metropolis and different police stations in Bangladesh, the police official said.